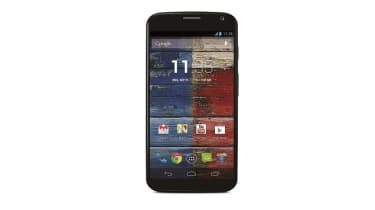 Motorola has finally launched its customisable Moto X handset, which it hopes will kick-start its fledging smartphone business.

Despite being owned by Google, the handset doesn't ship with the latest version of Android. The specifications also place the Moto X in the mid-range category when compared to competing devices including the Samsung Galaxy S4 or the HTC One.

Instead Motorola aims to differentiate itself from competitors by offering users the chance to customise their device. By manufacturing the Moto X in the US, the handset maker also aims to ship the device to users in fours days or less after placing an order.

There is no official date with Motorola only stating that the handset will be available to US, Canadian and Latin American customers starting in late August/early September.

Black and white models will be available at AT&T, Sprint, US Cellular, Verizon Wireless and Best Buy for $199 on a two-year contract.

Plans for any potential international rollout have not been disclosed.

Motorola allows users to the pick colours for the front and back panels along with the accents. It's also possible for users to choose between 16/32GB or internal memory, pre-load wallpapers, and add name or a personalised message.

The firm is touting over 2000 customisation options and says it will add more options including real-wood back panels.

Users who are unhappy with the customisation will be able to redesign their handset or return it within 14 days.

Canadian network provider Rogers Wireless posted a promotional YouTube video ahead of the launch detailing a number of key features.

The YouTube video details three key software features of the Motorola X and also confirms the release date. The original video and has since been made private. However, it has been mirrored on a number of channels and is still available to view below.

Google wants to continue pushing the use of its voice control app, and it aims to increase usage by making it easier to use. It's no longer necessary to touch the device to activate the Google Now voice assistant. In the Moto X the feature is always on. Users simply have to talk to the smartphone and ask it to provide information about the weather, directions or initiate functions such as setting an alarm. 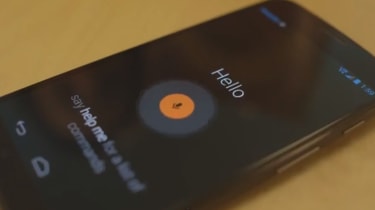 Instead of relying on a flashing LED to alert you of incoming notifications, the Motorola X will present information on screen when it arrives. It's a move that appears to be similar to the alert system on iOS devices.

Users will be able to access the camera application on the Moto X quickly without having to touch the screen. Opening the camera app is done by twisting your wrist twice. The interface allows you to take photos by touching anywhere on the screen. A long press will activate burst mode.