Nokia updates its Lumia range with an AMOLED display and slim-line design– but is it enough to tackle the Galaxy S4? 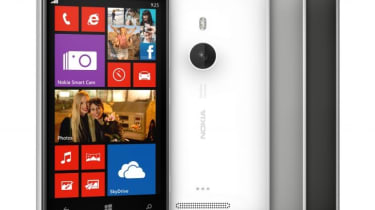 Nokia has made drastic changes to the display. The panel technology has switched from IPS to AMOLED, and a couple of neat features have been rescued from the dead Symbian OS to spice up the Lumia 925. Nokia's "Glance" feature displays the clock, battery level and any notification symbols on the screen when it's in stand-by mode, and the phone can be brought to life by double-tapping the panel.

The resolution of 1,280 x 768 and diagonal of 4.5in remain unchanged from the Lumia 920, and quality is excellent. The screen's maximum brightness of 270cd/m2 looks low on paper, but it's tempered by perfect black levels so the screen is punchy and its colour palette is broad and accurate. We only encountered issues in direct sunlight, where the screen is usable but not as impressive as the Samsung Galaxy S4. 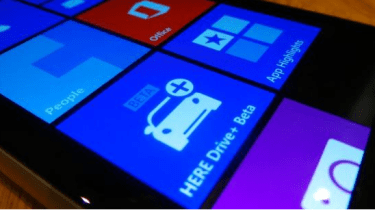 Microsoft tightly controls the hardware inside Windows Phone 8 handsets, and Nokia hasn't been able to make any eye-catching upgrades to the internals. That means the Lumia 925 has a 1.5GHz dual-core Qualcomm Snapdragon S4 processor and 1GB of RAM. Sadly, the one component that has changed is storage: Nokia has halved internal capacity from 32GB to 16GB. A 32GB model is only availble if you go exclusive with Vodafone.

It's a less powerful specification than we're used to seeing on high-end phones, but one good thing about Windows Phone 8 is that it doesn't need huge amounts of horsepower to run smoothly. Navigation is slick throughout the OS, with menus and web pages loading quickly. The Lumia 925 returned mixed benchmark results, however: a score of 895ms in the SunSpider JavaScript test is one of the best on the market, but its Peacekeeper result of 336 can't compete with the HTC's result 692.

There's one performance problem that's more severe than a couple of slow games and that's battery life. The Lumia's 2,000mAh power pack was down to 30 per cent after our 24hr run-down test a benchmark that includes a 50MB data download, an hour of audio playback, an hour of screen-on testing and a 30-minute phone call. It's a poor result the Samsung Galaxy S4 and HTC One both had 60 per cent of their capacities left after running the same test.

Windows Phone 8 remains a slick operating system that sits between Android and iOS when it comes to versatility, access and customisation. As usual, Nokia augments the OS with an impressive selection of its own apps: HERE Drive+ Beta is a good turn-by-turn satnav tool, Maps impresses, and Nokia Music is a built-in Spotify rival. We've already mentioned the enhanced camera software and the Lumia also comes with mobile version of Office.

The Windows Phone Store still needs work with top apps such as Dropbox, Vine, Instagram and Real Racing 3 still missing. Support is improving Spotify, WhatsApp, Netflix and BBC iPlayer are all now in Windows Phone 8 but it's slow progress, and the store still lags behind its major rivals.

Nokia has got lots of things right with this phone: it's as powerful as its predecessor, the camera is one of the best in the business, the screen is good and it's all crammed into a case that's slimmer and lighter than the chunky Lumia 920 even if its two-tone design will delight some and disgust others.

It's free on 3G contracts that cost less than 30 a month, too, which brings the Lumia 925 in to line with the Samsung Galaxy S4 and HTC One. The Nokia's SIM-free price of 450 inc VAT price is decent, too both the Samsung and HTC handsets are a little more expensive.

Battery life has been a sticking point with Windows Phone 8 handsets in the past, and it remains a problem here and it's even worse thanks to the sealed rear. It's impressive in every other regard, but we can't recommend a phone that's unlikely to last a full day away from the mains.

Nokia has improved its flagship Lumia in most departments, with a better screen and slimmer, lighter design that’s just as affordable as high-end rivals. It’s not the best when it comes to demanding task though, but the real issue comes away from the mains – its battery life is just too poor to recommend.