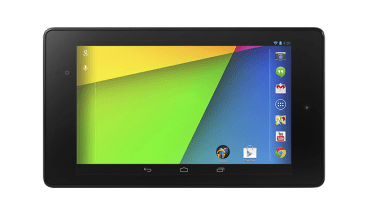 The tech press was treated to a first hands-on look at the device, which sports the same 7in form factor as the original, on 8 August. However, key components - including the display, processor and RAM - have been enhanced.

The second generation tablet will be the first device to ship with Android 4.3 (Jelly Bean) and it is now available to buy from the Google Play store and select retailers, as of 28 August.

Asus also introduced a 5-megapixel camera on to the rear to accompany the 1.2-megapixel snapper on the front.

Hugo Barra, VP of Android product management, said the original Nexus 7 had been a big hit and was confident the sequel will prove equally as popular.

"Having a crisp, bright display makes a huge difference. It's the world's highest resolution tablet," he said during the launch.

"It's almost 2mm thinner than the original Nexus 7. We kept the same screen size but its 6mm thinner and 50g lighter. It makes a huge difference when holding it with one hand."

The CPU is 80 per cent faster and the GPU is four times as powerful as the Nexus, Barra continued.

Other core features include HDMI output, 4G, NFC and wireless charging. Barra claimed battery performance hasn't taken a hit but has instead been improved. The new Nexus 7 will offer 9 hours of HD video playback and 10 hours of web browsing.

Google and Asus will be hoping to avoid a repeat of the problems that dogged the US launch of the device earlier this month, which saw tablet buyers complain about the erratic behaviour of its touch screen.

Further to this, Nexus 7 users also flagged issues with its GPS settings and the functionality of its keyboard.