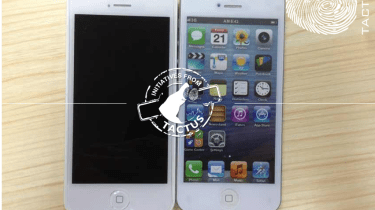 Touch technology maker Tactus claims to have got the inside scoop on the budget iPhone, posting what looks like convincing pictures of the handset.

There have been a raft of leaks in recent weeks, which claim to show a cheaper iOS device with a plastic case. The latest, and perhaps most convincing of these, comes from the Tactus blog.

"These leaked images trump the iPhone 5 case images AND the iPad 5 mould images; we've saved these just for you loyal Tactites, so remember it was here where you glimpsed your first glimpse of what very well might be the first leaked images of the budget iPhone in full," the Tactus employee posted.

"These pictures seem to corroborate nicely with my old tact-ful speculations when I first leaked some images of the budget iPhone case! Some may have doubted me, but no one could deny the suspiciously Apple-like iPhone design features." 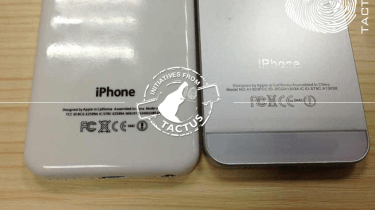 Rumours of a budget iPhone were triggered when Apple claimed its VP Phil Schiller was misquoted by Reuters when he said the firm would not produce a cheaper version of its iOS handset.

Apple is unwilling to confirm or deny that it has been working on a budget device and until it is officially announced there will be doubts. Some reports indicate that leaks purporting to be budget iPhone designs are in fact the work of copycat Chinese manufacturers.

The Cupertino-based firm does have a yearly iPhone release cycle and the iPhone 5S/6 is widely tipped to debut two days after the launch of iOS 7 which is scheduled to be pushed out on 18 September.