Apple has taken the wraps off the iPad Air, a new iPad mini and a refreshed Mac Pro range. 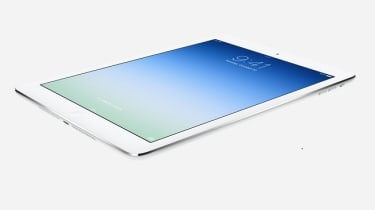 Despite appearing titchy compared to other devices on the market, including the Samsung Galaxy Tab 10.1 and the 10.6in Microsoft Surface Pro, the 9.7in size of the iPad hasn't hindered sales.

In recent times Apple has been more willing to offer users a choice of screen size. The firm launched the iPad mini in November 2012, which packed a smaller 7.9in display. Now it appears Apple is also considering adding a larger member to the family.

According to a recent Wall Street Journalreport, Apple is experimenting with 13in form factor, which combined with the device's flagship Retina display would provide a real feast for the eyes. We'd still expect Apple to keep the 9.7in form factor though, so users have the choice.

The iPad's brilliant battery life has always been a key differentiator between it and the tablet market's also-rans, and we'd hate for that to disappear on the iPad 5.

Battery life on a device such as tablet is linked directly to the screen. And, if a recent report by Korean IT News is anything to go by, it appears to be an issue Apple is tackling face on by adopting Sharp's IGZO (Indium Gallium Zinc Oxide) display technology.

The see-through semi-conducting material creates a thin layer that can be used to power displays, which in turn can result in improved battery life and a higher pixel density.

According to the report, Sharp claims the material can be used to create a 500 PPI display, which is almost double what is offered by the iPad 4's retina display today.

With iOS 7, the next version of Apple's mobile operating system, set for release on 18 September, the Cupertino-based tech giant would be absolutely barking mad to launch the new iPad without it.

The successor to iOS6 marks something of a visual departure for Apple, with the user interface receiving a major refresh, compared to previous releases.

The operating system will also herald the arrival of tweaked versions of core iOS apps, such as Siri and Camera. It will also provide users with the option to preview open apps and change system settings with a simple swipe, rather than having to negotiate the tricky settings menu.

Following the recent publication of alleged iPhone 6 prototype pictures, which suggested the device will be sporting a new A7 chip, it's pretty much guarenteed that Apple will debut a faster chip in the iPad 5.

With multi-tasking set to be a prominent feature of iOS 7, the tablet will certainly need a meatier processor running the show.

There was very little to differentiate the third and fourth generation iPads, with both sporting a 9.7in display, as well as identical 240 x 186 x 9.4mm dimensions.

Apple made sweeping changes to the design of its smartphones when it launched the iPhone 5. Although it's a little harder to completely overhaul the look of the iPad, we'd like to see Apple have a crack. Shrinking the bezel or changing the material used for the back, would be a couple of physical characteristics Apple can change, if only so users can tell models apart.

Supply-chain sources have told the Wall Street Journalthat Apple plans to use thinner and lighter touch screen technology, which the firm introduced with the iPad mini.

The iPad 5 is odds-on to use "film-based" touch panel technology instead of the current glass-based panels. This will will help to shave off weight and make device thinner than its predecessors.

We know it makes sense for the iPhone to have a better iSight rear camera than the iPad, given that it is more likely to double as a digital camera when users are out and about.

The iPhone 5 currently sports an 8-megapixel iSight camera, while iPad 4 users have to make do with a relatively paltry 5-megapixel snapper.

So, when the iPad 5 drops, we'd like to see Apple bring iSight's camera taking qualities into line with what's already offered on the iPhone 5.

The Touch ID fingerprint scanner on the iPhone 5s is one of the standout features of Apple's next-generation smartphone, although some industry watchers have raised privacy and security concerns over the use of the technology.

Even so, now we know Apple has the technology needed to do offer biometric security, we'd like to see it included on the next version of the iPad. Mainly because iPads are now widely used in the workplace and undoubtedly used to access confidential documents and work files. Therefore, we think business users would appreciate the extra level of security Touch ID provides on a tablet.