Battle of the big screens: Can phablets replace the smartphone and tablet?

There’s no denying smartphones are getting bigger and Samsung is leading this fad, but will phablets ever catch on for business? 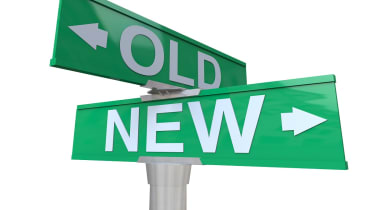 "We may see smaller tablets yes, but larger phones? Not unless we see more discrete Bluetooth headsets to accompany them," he explains.

However, Absalom says the biggest block to phablet adoption in companies actually lies with consumer demand.

A phablet provides a halfway house between a smartphone and a tablet. And it's down to user preference whether employees begin requesting a Note or similar large-screened device from their employers.

Many companies still do not fully embrace the Bring Your Own Device (BYOD) concept, but are increasingly listening to employees and providing corporate smartphones and tablets for them to use. Therefore, introducing phablets will be dependent on user demand.

"We conducted a survey last year about how people are using devices both for consumer and business and we're in the process of refreshing that now," Absalom explains. "We were looking at how long employees spent on devices and outside calling and texting and found most employees spent more time on apps on tablets, while smartphones were used primarily for email and browsing."

The study also found that employees spend more time on their corporate devices than they do on their own devices. Partly because consumers don't have to pay for the data for using apps, but also because employers provide the applications the employees want to use.

The form factor plays a big part on which apps employees will use devices for too.

Tablets are much more commonly used for rich applications, including CRM apps because the screen is bigger and it's much easier to see graphs and information on a bigger screen.

"We're starting to see and hear a lot of people bringing company apps to tablets and smartphones, especially in the US. Many of these companies and vendors are also bringing mobile app stores to their company, where employees can download the apps they need, for the device they need, from a corporate environment."

Absalom adds that he has his suspicions that you can get more out of apps on a tablet rather than phablets that have a limited screen size.

There's obviously more screen estate on a phablet than a smartphone, which makes it better for the tablet apps, but it would probably be used as a small tablet rather replace a smartphone and tablet in the field. When it comes to tablets, consumer-friendly features and apps are key.

Absalom doesn't think businesses will start rolling out phablets unless it's what employees want and employees look at the form factor and what's available in terms of applications for that form factor.

A phablet provides a halfway house between a smartphone and a tablet. And it's down to user preference whether employees begin requesting a Note or similar large-screened device from their employers.

Unless you have large hands, it's pretty unlikely you're going to want to use one as a smartphone. If you already have a smartphone, you may as well get something bigger a more traditional tablet rather than a phablet. It won't be a smartphone replacement, but a device used alongside a smartphone.