With Google and Apple both rolling out new mobile operating system updates, we take a look at their business benefits. 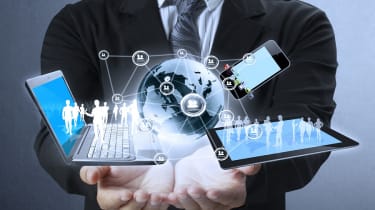 It's maybe not fair to compare Android 4.3 and iOS 7 because Apple's most recent update is much more of a features overhaul than Android 4.3.

That being said, many of the features Apple has introduced in iOS 7 are already available on Android.

For example, multitasking has just been introduced in iOS 7 and has been a mainstay of the Android operating system almost since launch.

Android has always had a solid business strategy and although features are changed slightly depending on the manufacturer of the device, its open source nature means new features can be rolled out pretty easily.

Apple seems to have decided to take on the enterprise with full gusto in iOS 7 and that's no bad thing. After all, companies are increasingly listening to employees about their device choices, and Apple is simply implementing everything companies need to meet the demands of the BYOD trend.

It's important to note that iOS 7 is still in beta and Android 4.3 has started being rolled out, so many of the iOS 7 functions may change and be added to as Apple tweaks its code over time.