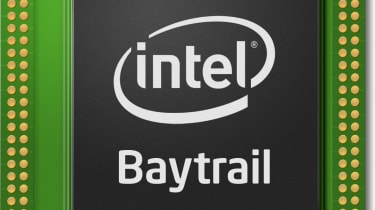 What is Bay Trail?

Bay Trail is the codename for Intel's latest Atom range of processors. They will officially be known as the Intel Atom Z3000 family upon launch in Q4 2013.

The Bay Trail chipset is an important milestone for Intel as it looks to compete with ARM products in the tablet market. Based on a System-on-Chip (SoC) design, Bay Trail is built using Intel's Silvermont 22nm micro-architecture. There will be six variants of the chip available with dual and quad-core configurations. Clock speeds will range from 1.8GHz to 2.4GHz as seen below: 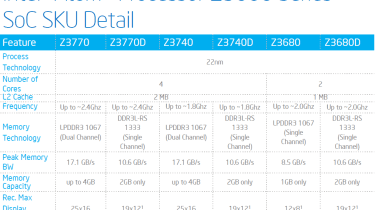