A unique but expensive remote access app for controlling Macs and PCs from your iPad. 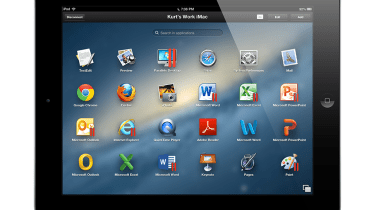 Parallels software is popular with users who prefer to use a Mac at work, but still need to access legacy Windows apps using virtual-machine technology.

The ninth edition of Parallels Desktop has just been announced, and we'll be taking an in-depth look at that later this month. However, the developers at Parallels have also launched Parallels Access, an iOS app that provides remote access features for both Mac and Windows users.

The company had previously released Parallels Mobile, but you needed a copy of Parallels Desktop in order for this to work. In contrast, Parallels Access is a standalone app and it also provides more comprehensive and tablet friendly remote access features than its predecessor.

Those extra features do come at a price. There's a steep increase from the 11.49 of Parallels Mobile to a subscription rate of 54.00 per year for each Mac or PC that you want to use it Access. But there is a 14-day free trial available so that you can decide whether it will be useful enough to merit that sort of price. 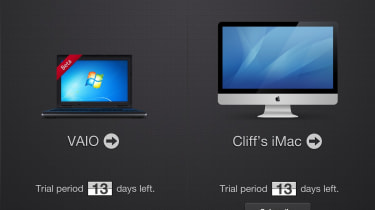 Parallels Access runs on the iPad 2 or later and the iPad Mini. An iPhone version is thought to be in development as well. Like any remote access app it requires a reliable internet connection which can be 3G, 4G or WiFi to connect to your remote computer.

When you install Parallels Access on your iPad you need to create an account with a username and password. You also need to download a second piece of software called the Access Agent onto the computer that you want to control with the app.

The Access Agent is available for Windows 7 and Windows 8, as well as Mac OS X 10.7 or later. The Windows version of the Agent software is still in beta, and although not as smooth as the Mac version, it was stable during our tests. We did notice that it struggled with responsiveness when it came to things such as scrolling through long Word documents - but we expect this to be ironed out in the final release. 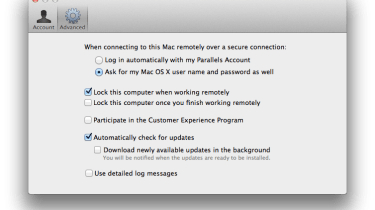 Once the Access Agent has been installed on your computer you can enter the details of your account, and each Mac or PC running the Access Agent will then be displayed within Parallels Access on your iPad. You can connect to your remote computer with a single tap, and for additional security you can further specify that remote access on the iPad requires the username and password for that computer too. There's also an option to lock your remote computer so that it can't be used by anyone else while you're out and about with your iPad.

The original Parallels Mobile app simply provided remote access to the desktop of your Mac and left you to try and control it by tapping on the screen of your iPhone or iPad. This wasn't ideal as neither the Mac OS nor the traditional Windows desktop were designed with touch-screen controls in mind.

Parallels Access switches its focus from the desktop to controlling individual programs. The key feature here is a process that Parallels refers to as applification', which modifies the interface of your desktop programs to make them look and behave like native iPad apps. 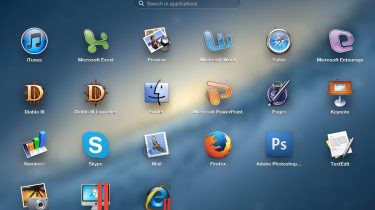 As soon as you connect to your remote computer Parallels Access displays a screen called the App Launcher. This is similar to the iPad's Home screen and contains icons for all the main programs installed on that computer. You can edit this screen to just include your favourite Mac or Windows programs, and then launch any program with a quick tap.

When you tap on a Mac or Windows program it is automatically launched into full-screen mode on the iPad, which means you can launch a program and get straight to work without ever seeing the desktop of your remote computer.

An on-screen keyboard automatically appears when required, containing a full set of function and command keys, including platform-specific keys such as the Windows logo key or the Command key on a Mac. There's also a small toolbar that sits on the right-hand side of the screen that contains a number of additional options, but which can be hidden out of sight with a quick flick of your finger.

You can then go ahead and control your Mac or PC programs with standard iPad gestures, such as a quick double-tap to select a word in a text document, or a triple-tap to select an entire paragraph

The applification' process doesn't stop there. The menu commands and toolbar icons used in traditional desktop software can be fiddly and annoying to use on a tablet, so Parallels Access enables those programs to use many of the standard commands and tools that are unique to iOS. Select some text or a spreadsheet cell and you'll see the standard iOS selection menu appear, with commands such as Copy, Paste and Delete that you can quickly select with a tap of your finger. This makes desktop programs such as Word and Excel feel more like native iOS apps, allowing you to create and edit documents far quicker. 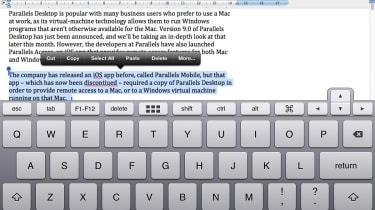 If you do need to use specific tools or menu commands within a particular program then Parallels Access can make that easier too. Tap and hold your finger anywhere on the screen for a couple of seconds and the familiar iPad magnifying glass will appear, providing a clearer view of toolbars and other options something that will come in particularly handy with the ribbon' interface in MS Office.

Other useful options include an App Switcher, similar to the Windows Taskbar or the Mac's Dock, which allows you to quickly switch between open programs, or between multiple open documents within a program. There's also an option to view the desktop of the remote computer if you need to locate particular files or folders.

The process of applification' gives Parallels Access an advantage over other remote access apps that are available for iOS devices. Whilst it is the best remote access app we've tried on the iPad so far, the need to pay a separate subscription for each computer means that is more expensive than rivals such as LogMeIn which simply charges a one-off fee. Ultimately this is likely to deter many people from purchasing this app.

Parallels Access is the best remote access app that we’ve seen for iOS so far, and makes it much easier to remotely work with Mac and Windows programs on an iPad. However, the subscription plan is expensive and a single one-off purchase fee would make it more competitive with its many rivals.