Is the cheaper iPhone worth the wait? 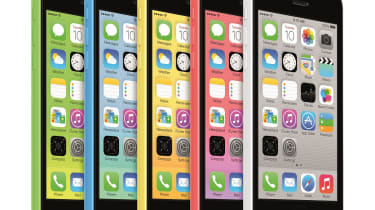 Apple iPhones have a solid foothold in the consumer and enterprise worlds due to their ease of use, range of quality apps and the security offered by the closed ecosystem. However, criticisms include the lack of hardware choice and the high pricing, something Apple is actively trying to address.

At its annual event Apple launched two models, the iPhone 5c and high-end 5s. The iPhone 5c replaces the iPhone 5 and is 60 cheaper than its predecessor. Although this is not the big price drop many observers were expecting, it is an attempt from Apple to broaden its user base. 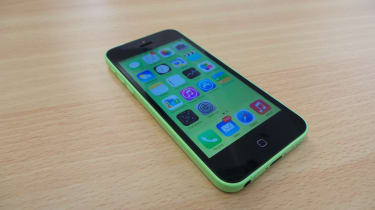 If you shelled out on an iPhone 5 in the last year there's no need to rush out and upgrade. There is no performance benefit to be gained by swapping to a 5c. This is because the 5c is a direct replacement, not an upgrade so the internal workings of the devices remain virtually identical both are powered by an A6 chip, 1GB RAM and share the beautiful 4in (1136 x 640) Retina Display.

There are three key differences between the iPhone 5 and 5c. Apple has used a plastic cover for the 5c instead of the aluminium casing featured on the iPhone 5. This not only helps to make the device cheaper, but also means users can choose from a range of colours. We found the 5c quite comfortable to hold as the casing curves around nicely and the plastic doesn't dig into your hands like the sharp edges on the iPhone 5. Although some users think plastic gives the devices a budget look, it's not the case here, and build quality remains top-notch. 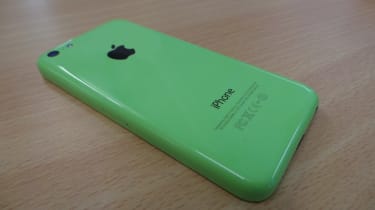 Apple has included a large 1507mAh battery in the 5c, bigger than the 1440mAh power pack found in its predecessor. This helps to explain why the plastic device is 20g heavier (132g) than its predecessor.

Finally, and perhaps the only reason you would want to swap an iPhone 5 for a 5c, is because of 4G connectivity. The iPhone 5 is only compatible with EE's 4G network in the UK, whereas the 5c works with high-speed internet from EE, O2 and Vodafone. It will also be compatible with Three's 4G network, which is expected to launch later in the year.

If you've got a 4S or below, an upgrade to the 5c can be justified, as you'll be getting the performance, software, camera and the battery life benefits. The only key feature the 5c is missing which is in the 5s is the fingerprint scanner.

The iPhone 5 was only able to run on the 4G network from EE in the UK - whereas the 5c is able to run on all 4G networks. Our device was running on the newly launched Vodafone 4G network. This is currently available in London and is expected to be available in 12 UK cities before the end of the year. EE is available is over 100 towns and cities and O2's 4G service has so far rolled out to London, Leeds and Bradford.

At the Dennis Publishing office, located in the heart of London, we averaged lightning download speeds of 41.5 Mbps and upload speeds of 8Mbps. This is 3x faster than most people get with home broadband and it blitzed the speeds we got over Vodafone's 3G network - 3Mbps (download) and 0.8Mbps (uploads).