BlackBerry is set to launch its Z30 handset on the 27 September. But is the £529 SIM-free price tag justifiable? 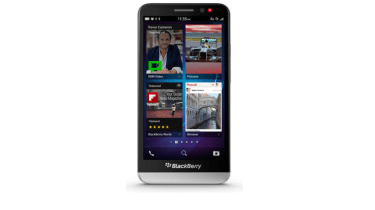 BlackBerry is committed to the smartphone market, despite reports suggesting otherwise. The Z30 is set to take over as the flagship handset for the ailing smartphone maker and bring improvements in key areas such as screen and battery life.

The Z30 packs a 5in (1280 x 720) display making this the biggest BlackBerry smartphone to date. The screen is nice and bright with good colour accuracy, putting it up there with other high-end handsets such as the iPhone and Samsung Galaxy S4.

BlackBerry has upgraded the internals with the heartbeat now provided by a Qualcomm 1.7GHz processor with integrated quad-core graphics. Performance wasn't much of an issue with the previous Z10 handset as the OS worked smoothly, but you'll notice the difference when carrying out resource-heavy tasks such as web browsing.

Perhaps even more important than the processor is the upgrade to a mammoth 2880mAh battery. This is a huge leap up from the power pack included in the Z10 which was just 1800mAh in size.

Internal memory remains at 16GB, as with the Z10, with the option of expansion through micro SD. The 8-megapixel rear camera featured on the Z10 has also been retained.

A number of features have been added to the BB10 OS too. BlackBerry 10.2 brings a number of core user- facing features, many of which will prove a boon for business users.

Five of the best include:

Lockscreen preview: It's now possible to preview notifications from the lockscreen by tapping on the appropriate symbols. To see emails, tweets or missed calls, just tap on the relevant icon. This allows you to get a quick view of interactions without having to unlock the device. 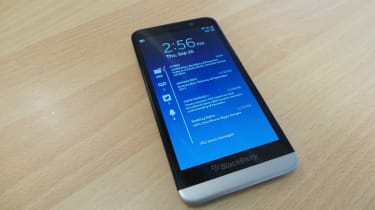 Interactive notifications: When you receive a tweet, Facebook post, text or BBM message, you'll be able to reply directly from the notification at the top of the screen without having to open up individual apps. This is great if you're busy reading a web page or playing a game and just want to fire off a quick reply. 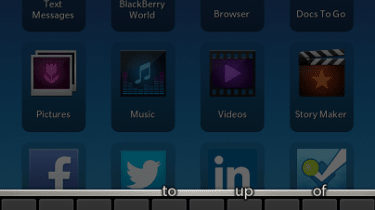 Priority Hub: Messaging is a strength of the BlackBerry platform and the firm aims to continue improving its Hub system. Similar to the way the in which Primary inbox works on Gmail, the Priority Hub now learns user behaviour using a variety of complex algorithms and flag messages from important contacts. This process takes a couple of days to automate but you can speed it up by manually selecting which contacts are priority. 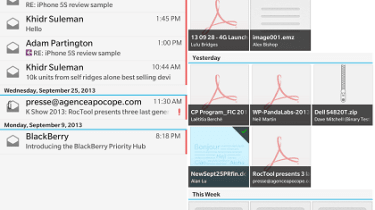 Device monitor: This built-in task manager allows users to see exactly which apps are draining system resources. Users can sort apps by name as well as CPU or memory usage.  It's also possible to close down apps to free up system resources. 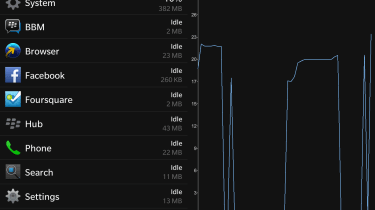 Although first impressions of the BB Z30 are largely positive, there are other factors to take into consideration. The SIM-free price of 529 is the same as the iPhone 5s, and Apple has a more established app ecosystem and more eye-catching features such as the Touch ID.

Then there is also the uncertainty surrounding the buyout of BlackBerry and whether this will have an impact on its handset arm and associated business and consumer portfolio.

We'll bring you a full review of the device, once we've spent a bit more time with it.