Former co-CEO Jim Balsillie cashed out of BlackBerry when his service-focused strategy was rejected. 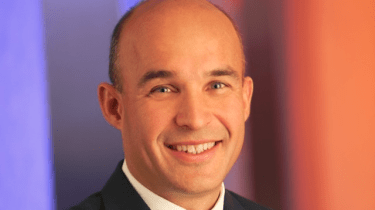 Former BlackBerry co-chief Jim Balsillie has revealed he cut ties with the smartphone maker after senior executives rejected his plan to make BBM a cross-platform service.

"My reason for leaving the RIM board in March 2012 was due to the company's decision to cancel the BBM cross-platform strategy," Balsillie said in a brief statement to Toronto's The Globe and Mailnewspaper.

Balsillie stepped down as co-chief executive in January 2012 and took up a position on the board. Up to that point, he had been working on a strategy, which he believed would have given BlackBerry a lifeline in the fiercely competitive smartphone market.

The former chief planned to convince networks to use BBM as the defacto method of communication on all handsets replacing existing text messages with a service deemed 'SMS 2.0'. They would be able to offer add-on services through BBM such as radio and tie customers down by offering them cloud storage.

What BlackBerry doesn't need right now is ex-CEOs coming out of the woodwork and claiming that everything would have been rosy if they'd been in charge. That hasn't stopped Jim Balsillie from claiming that the board had rejected his plans for a service-focused strategy.

Ironically such a strategy was finally put in place but far too late for it to save the company from the ignominy of being sold for $4.7 billion, just 5 years after it was valued at $83 billion. No doubt, Mr Balsillie feels he has a point to make but the revelation couldn't come at a worst time.

Balsillie's plan was to launch SMS 2.0 at an industry conference at the end of February 2012 likely MWC. However, in January 2012 he succumbed to pressure to resign along with co-chief executive Mike Lazaridis.

BlackBerry COO Thorsten Heins was promoted to the role of CEO and tasked with turning the ailing firm around. Heins decided to focus on winning customers back with hardware alone. He scrapped Balsillie's plans - with sources saying he viewed it as a distraction.

The gamble has backfired with sales of BlackBerry devices failing off a cliff and Heins having to acknowledge the "very disappointing" results. The firm sold just 5.9 million devices in the second quarter 2013, chalking up a $965 million loss.

Ironically, BlackBerry has belatedly made the decision to make BBM a cross-platform messaging tool. However, the iOS and Android release has been beset by delays.

The future of BlackBerry's handset division is also up in the air after the firm announced it had entered into an agreement to be purchased by a consortium led by Fairfax Financial Holdings for $4.7 billion. This is a far cry from just five short years ago when BlackBerry was valued at $83 billion and was viewed as a leader in the smartphone space.