Is this 8in Windows 8.1 tablet ideal for deployment? 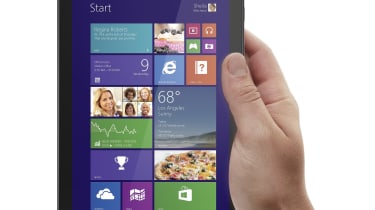 The Venue Pro 8 identical to competing Android tablets on the market. But running full Windows 8.1 means it should have more functionality than Android and even its iOS counterparts. 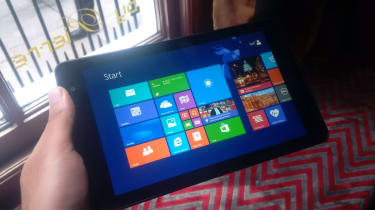 First impressions are positive, as the device exudes a premium finish and has a solid build. The 8in tablet packs a bright screen with a 1,280 x 800 resolution. Despite being nowhere near the 1,920 x 1,200 pixel count on the Google Nexus 7, the image quality and text on the Venue is decent even in low-light.

Wirelessly connectivity comes in the form of dual-band Wi-Fi, Miracast and Intel's Wireless Display (WiDi). Dell also confirmed that HSPA+ will be optional, but there's no 4G support in this generation.

Users can expect up to 10 hours of battery life, according to Dell, so this should be able to handle a full day at work. But it's not user replaceable.

Up to 10 hour battery life

The 8.9mm chassis and matte finish on the back makes the Venue Pro 8 portable and easy to hold. The 8in form factor isn't as pocket friendly as its 7in counterparts, but you still should be able to fit it into a jacket. 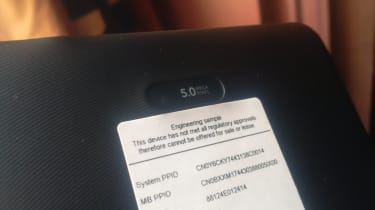 Overall, we like what we've seen so far, but until we carry out proper testing and the price is revealed, it's hard to say if this is better value than Android or its iOS tablet rivals.