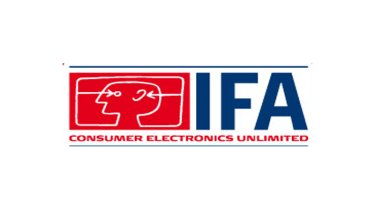 You can see previews of texts and emails, missed calls or other information and if you want to see the whole text, simply pick up your Samsung Galaxy device to see the full text displayed on the screen without pressing a button.

The Samsung Galaxy Note 3 will be available in the UK from 25 September and offers both tablet and smartphone functionality in one device, making it an ideal solution if you have a BYOD or CYOD policy in place.

Samsung KNOX has also been updated, making it available to consumers in addition to businesses.

The end-to-end solution offers security, protecting both the hardware and software on any Samsung device with a Container for secure execution of apps. Any data stored in the Samsung KNOX container is protected from malware and phishing.

The Samsung Galaxy Note 10.1 2014 edition was also announced at the press briefing. It features a higher-resolution 10.1-inch display with a new magazine-style UX.

It's been designed with media consumption in mind, but like the Samsung Galaxy Note 3, also features enhanced multitasking with multi window support.

Other Note 3 functions ported to the Samsung Galaxy Note 10.1 from the Note 3 include Action Memo, Screen Write and S Finder.

The Samsung Galaxy Note 10.1 will come with Samsung KNOX preinstalled for a secure app environment if the device is used in business and at home, while Android 4.3 allows for restricted profiles, meaning work apps and information can't be accessed by family or anyone using the tablet apart from the tablet owner.

As the name suggests, the tablet features an 8.1-inch screen to go head-to-head with the Samsung Galaxy Note 8 and Asus' MeMO Pad 8.

The Toshiba Encore will ship with a free copy of Microsoft Office Home and Student 2013 preinstalled, making it attractive to home users and students among others.

"The lines between business and consumer use are becoming increasingly blurred, so companion devices need to offer multiple possibilities to cater for both needs," said Matt McDowell, marketing director at Toshiba Europe at the launch of the device.

"With the Encore, customers can expect a full PC experience in an eight-inch tablet - including a rich, powerful Windows 8.1 experience that meets the differing professional and personal needs of users throughout their entire day."

The Toshiba Encore is expected to retail for around 250 when it goes on sale in the UK.

The Toshiba Satellite NB15t is an 11-inch low-cost laptop, running on Windows 8.

For around 250, the laptop offers a Celeron processor, 500GB of storage and 4GB of RAM. It will ship in November.

It's probably not powerful enough for business users, but for a very low price, it's a mobile piece of kit that is suitable for those who have a desktop in the office and need a Windows 8 portable machine for travelling or working from home on occasion.