Packing a giant 41-megapixel camera, is this Windows Phone just a glorified camera? 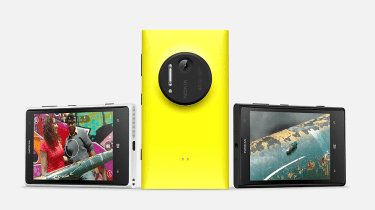 The Lumia 1020 packs a mammoth 41-megapixel camera providing excellent photo quality even in low-light. But does the ultimate camera smartphone have enough enterprise features to make a business users best friend?

Running the Windows Phone OS makes the Lumia 1020 the Jekyll and Hyde of the mobile world. On paper it's a dream for IT admins and enterprise users. Devices can be managed using existing infrastructure, security is robust and it has dedicated apps for popular business tools including Microsoft Exchange, Office, Lync and SharePoint.

As of May Microsoft is rolling out the Windows Phone 8.1 update to various devices including the Lumia 1020.

Inside the 3mm bulge on the back of the Lumia 1020 you'll find the mammoth 41-megapixel Carl Zeiss Tessar Lens complete with f/2.2 aperture and a gigantic 1/1.5-inch sensor. 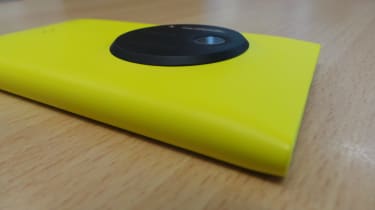 The Lumia 1020 features optical image stabilisation, a backside-illuminated image sensor, 6-lens optics, and 3x high resolution zoom. It's also possible to zoom into images after they have been taken without losing any detail.

Images captured using the PureView lens are superb with near-perfect colour reproduction and astounding low-light performance. No competing products come close  not even Samsung's Galaxy Camera or the iPhone 5s. 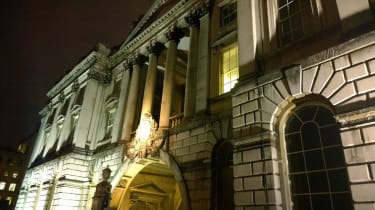 Taking high-quality snaps is as easy as pointing and clicking. Dig a little deeper and you'll find a wealth of easy-to-use settings and parameters.

The Lumia 1020 has the most comprehensive imaging suite we've tested on a phone and you can spend hours tinkering with the settings. Images can be edited using built-in apps such as the Smart Camera, Cinemagraph lens, Panorama lens, Bing vision, PhotoBeamer, Creative Studio, Glam Me and Pro Camera.

Windows Phones don't support full HD displays yet and this will be addressed in the forthcoming General Distribution Release 3 (GDR3) update. This means the Lumia 1020 ships with a 4.5in 1280 x 768 AMOLED display.

Nokia has loaded bespoke PureMotion HD+ and High brightness mode technologies onto the device. Coupled with the 60Hz refresh rate this helps to elevate the handset beyond the suggested pixel count.

The 1020 isn't the brightest panel we've tested. Maximum output of 279cd/m2 is almost half the brightness of the iPhone 5s (515cd/m2). Regardless, display quality is impressive with vivid colours, wide viewing angles and zero pixilation webpages, video, images and text all look great. The Lumia 1020 copes well in direct sunlight too.

The design of the 1020 is eye-catching with the large form-factor, garish yellow colour. The 10mm thickness and 158g weight make it bulky when compared to a smaller device such as the iPhone 5s (7.5mm, 112g). 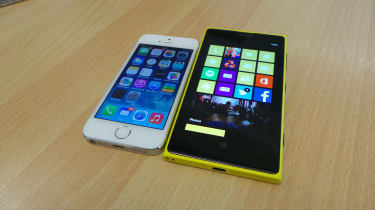 The polycarbonate casing is smooth to touch, but the bulge on the back makes the device awkward to hold - and takes time getting used to. This protrusion also means 1020 cannot sit flush against a flat surface. 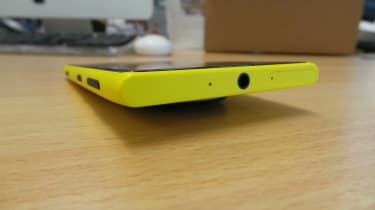 Hardware keys come in the form of a volume rocker, power/unlock, and physical camera shutter button running down the right hand side. The SIM tray and 3.5mm jack are located on the top of the handset, and there's a micro USB port on the bottom.

The Lumia 1020 is powered by a 1.5GHz dual-core Qualcomm Snapdragon chipset and 2GB of RAM. Performance is smooth and matches Apple's iOS range in this area.

Nokia offers the Lumia in two storage varieties: 32GB and 64GB. There's no 16GB option, which means handset costs more than competing products. SIM-free prices start 600. SD-support is missing in action, but you get 7GB of free SkyDrive storage handy for storing images and documents.

Nokia has ensured the Lumia 1020 is fully connected with full support for the UK's burgeoning 4G spectrum. NFC is included as well as wireless charging, but a Qi charging accessory is required for this.

In our tests the Nokia Lumia 1020's 2000mAh battery managed to power through the day with intensive usage.

With normal usage texting, calls, imaging, gaming, and web browsing you're looking at between 12 to 13 hours before the battery flat-lines. This is in-line with the iPhone 5s and Samsung Galaxy S4, which are also able to power through the day.

The Lumia 1020 is an interesting device. It has a market-leading camera and a unique overall design but lacks the software to make it a compulsary purchase.

Added to this is the high-price and the lack of release date for the Windows Phone upgrade. This makes the 1020 suited to camera buffs rather than business users.

Nokia aims to attract users with the 41-megapixel camera and it's great - but the price and lack of features in Windows Phone makes the Lumia 1020 hard to recommend.