Manufacturers including Apple could be forced into using a common standard. 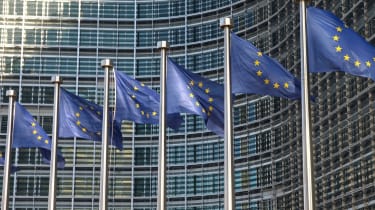 The European Parliament has given the strongest indication yet that its want mobile manufacturers to include a universal charging port in devices after amending a directive.

The Universal Charging Solution (UCS) started in 2009 as a memorandum of understanding between the European Commission and 14 mobile phone companies which sealed a commitment to common standards for smartphones.

But now, MEPs have made an amendment to the radio equipment directive that will require all equipment to comply with the UCS. UCS is embodied in the International Telecommunication Union's Recommendation ITU-T L.1000. This recommendation has already been widely adopted by many device manufacturers and supported by service providers around the world.

The move should reduce the number of chargers that land up in rubbish tips and should also cut costs for manufacturers as they will no longer need to put a charger in with every device they sell.

Studies have shown that consumers are warming to the concept of a universal charger and, in a recent market trial, UK operator O2 found that, given a choice, 82 per cent of customers purchased a phone without a charger. The resulting savings in e-waste are potentially enormous, with some estimating that consumers around the world throw away 82,000 tons of redundant chargers each year.

"With ITU's UCS we have a common-sense remedy to the very challenging problem of e-waste that can be applied to the widest possible range of mobile devices," said Dr Hamadoun Tour, secretary general of the ITU.

"I urge the European Parliament to include specific reference to ITU's globally agreed standard in the future directive. This will allow manufacturers to profit from lowering unit costs of production through economies of scale while also limiting device duplication, reducing the strain on raw materials and enabling significant reductions in e-waste."

The ITU has also published a universal charging solution for ICT devices such as modems, set-top boxes, home networking equipment and fixed telephones.

Recommendation ITU-T L.1001 "External universal power adapter solutions for stationary ICT devices" should "further reduce the number of chargers manufactured by widening the range of compatible devices, facilitating adapter reuse and recycling, and increasing build-quality and resilience to over-voltages," according to an ITU statement.