The Apple iPad Air, the new iPad mini and a refreshed line-up of MacBook Pros have been announced. 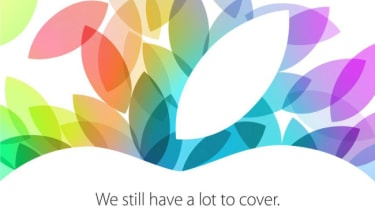 As we enter the last 30 minutes until the Apple Special Event starts, Apple CEO Tim Cook has assured his Twitter followers he's raring to go.

Can't wait to get underway. Having fun backstage.

In the meantime, the IT Pro team is using the next half an hour to neck some caffeine in preparation for what promises to be a monster set of announcements from Apple. Stay tuned!

5pm - IT Pros hedge their bets on Apple's announcements

With the keynote scheduled to start within the hour, we asked the rest of the IT Pro team for their predictions about what they think (and hope) will be announced tonight.

First up is IT Pro tech editor, Khidr Suleman, who will be on hand tonight to give readers a comprehensive rundown of the new devices and their specs, while sharing his thoughts on how they compare to the competition's wares.

Suleman said he's more excited about the prospect of a new iPad mini than an updated version of the firm's larger tablet.

"Apple's reportedly had problems sourcing a Retina Display for the smaller tablet and there were rumours a launch would be delayed until 2014. However, I wouldn't bet against Apple finding a way to resolve the problem and shipping the devices in the coming weeks," said IT Pro's resident tech guru.

"We're also expecting Apple to confirm the release date for OS X Mavericks, add to the Mac Pro range and possibly refresh Apple TV. Even without any iWatch announcements, it's going to be a busy night!"

And he's not wrong there.

IT Pro/Cloud Pro staff writer Jane McCallion (perhaps unsurprisingly) said she's hoping to hear some more about Apple's cloud plans, in light of its recent iCloud updates and the arrival of its iWork for iCloud offering.

"While I have dainty little hands, there are plenty of people who struggle to type using the touch screen [on iPad devices], so some improvements to the on screen keyboard would be a bonus," offered McCallion, who'll be covering the news from tonight's event.

"While multi-colour offerings don't bother me too much, I'd be interested to see if Apple follows through by re-introducing different 'flavours' of devices, like with the iPhone 5C and iPhone 5S."

And that, as they say, is that. Thank you, Team IT Pro.

The phrase "iPad" has been trending off and on all day on Twitter, so - as our countdown to the launch event continues - we thought we'd have a quick dig about the social networking site to see what the general consensus is about tonight's keynote. Read on below for some of our favourite tweets of the day.

So far 2013 has been underwhelming. I hope Apple brings something new to the table #iPad5

Going to stream the Apple event on my iPad mini because I enjoy making my gadgets weep over their impending obsolescence.

#applestore is down because, presumably, they're going to make an announcement about the iPad. Doesn't help me buy something I need now.

The Apple Store has been taken offline, as it always is ahead of a big product launch. Not long now, folks.

Meanwhile, it's been confirmed that today's event WILL be streamed live at Apple.com at 6pm GMT, so you can watch along with the rest of the IT Pro team. So, that will be fun. 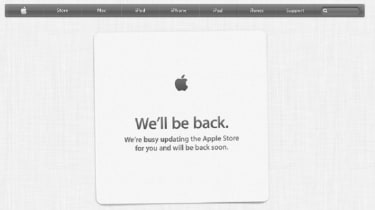 Would you be convinced to buy a new iPad if it was available to buy in a range of colours? We only ask because rumours suggest Apple could be planning to follow the lead of the iPhone 5S and showcase a more colourful tablet tonight.

The iPhone 5S is available in Space Grey, Gold and Silver, and images and videos have already started to leak online that allegedly show iPad 5-like devices in similar hues.

The IT Pro jury is still out on whether a Gold iPad is really something business users would be interested in, although a Space Grey coloured one might prove more popular in corporate environments.

However, given Apple has reportedly had to step up production of the Gold iPhone 5S in recent weeks because of how high demand is for it, we wouldn't bet against a similar shade of iPad proving a hit with tablet buyers at this stage.

According to a report on the Mac Rumours site, tonight's keynote is being streamed live to Apple TV users. So, you know, hurrah for them.

This has prompted suggestions the company might be planning to stream the event live to others, via its Apple Events page, but it's not confirmed.

The consumer electronics giant didn't provide a live feed for last month's iPhone 5S launch, but it did upload a playback shortly after.

Once we know more, we'll let you know.

As is usually the case with Apple launches, the IT Pro inbox has been flooded with comments from presumptious industry watchers about whether they think the firm's latest gizmo will be a success.

Today is no exception, but there have been a couple that raised some interesting issues about how the continued march of the iPad (and the Microsoft Surface 2) into businesses could spell disaster for IT departments.

That's the view of Interoute CTO, Matthew Finnie, who claims CIOs lose a little more control of the users they're supposed to be looking after with each iteration of the iPad, and the technology inside them gets increasingly smarter.

"The smarter Apple and Microsoft make their devices, the more choice it gives people and the more they bring with that when they come to work. Businesses need to capitalise on this consumer-driven innovation and education take the free training as a bonus and apply it to take advantage of tablet aware users," said Finnie.

"It isn't just the innovation on the device it is also the innovation in the app store. Consumers are getting used to self-service IT...Apps that can be downloaded, sparked up and used without an army of suited and booted consultants sounds a whole lot easier than the months of cost and requirements that the traditional enterprise app rollout entailed."

A few of the comments IT Pro has received also suggest the inclusion of Touch ID, Apple's fingerprint biometric security scanner that made its debut on the iPhone 5S, would also give the device an edge over the competition when it comes to winning over the enterprise.