Ailing smartphone maker ditches plans to find a buyer, and is now seeking to raise $1 billion in new funding. 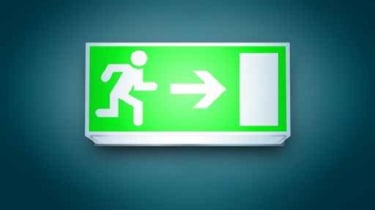 BlackBerry CEO Thorsten Heins is heading for the exit doors now an attempt to acquire the firm by its largest shareholder Fairfax Financial Holdings has failed.

The firm has apparently reneged on its decision to seek a buyer, and will instead set about raising $1 billion in new funding from institutional investors.

The change of strategy means Heins will leave the company, and will be replaced by former Sybase CEO John S Chen in the interim, after Fairfax's bid to acquire the firm floundered.

Fairfax set out plans to acquire BlackBerry in September for $4.7 billion, but doubts have been cast in recent days over whether the proposed deal would succeed.

In a report on Reuters late last Friday, it was claimed Fairfax was struggling to finance the deal, because of fears BlackBerry was beyond saving.

The article claimed several large banks had turned down requests to participate in the deal for this reason.

Fairfax had until today to raise the funding and complete its analysis of BlackBerry's finances, but will now contribute $250 million towards helping the firm reach its $1 billion fundraising target.

Barbara Stymiest, chair of BlackBerry's board, said the change in strategy was in the best interests of BlackBerry and its shareholders.

"Today's announcement represents a significant vote of confidence in BlackBerry and its future by this group of pre-eminent, long-term investors," said Stymiest.

Jan Dawson, chief telecoms analyst at market watcher Ovum, said Shen's appointment suggests the company's board sees a future for BlackBerry in software and services, rather than devices.

"BlackBerry's new investors seem to see its future in software, which means using BlackBerry servers as the core of a broader enterprise device management platform, but this generates very little revenue for the company today. Though it's achieved some traction with enterprises upgrading their BlackBerry servers, it has failed to sell many BlackBerry 10 devices, and this looks unlikely to change.

"This ultimately harms the unique selling point of BlackBerry server products leaving the door open to replacement by rivals that are better able to support the more popular Apple and Android devices," Dawson added.

Today's news is the latest twist in a turbulent year for BlackBerry, which has seen it forced to cut jobs and swallow inventory charges of more than $930 million after failing to shift enough Z10 smartphones.

On a more positive note, the company recently confirmed that 20 million people have downloaded its BBM messenger software for Android and iOS devices.