The Nexus 5 smartphone packs a 4.95in full HD display, 4G connectivity and a £299 starting price. 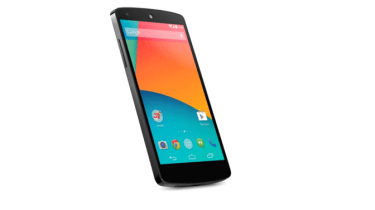 The display has good saturation and superior colour reproduction compared to the Nexus 4 on which images appeared flat and washed out. Colours on the Nexus 5 are not vibrant the Samsung Galaxy S4, which has an Amoled display, but they do look more natural. 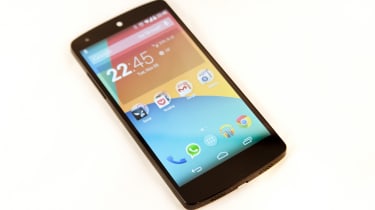 We noticed some backlight bleed at the top and bottom of the screen. Other than this complaint, the display provides deep blacks which the Nexus 5 shows off with aplomb during Android KitKat's updated boot animation.

LG hasn't shortchanged users when it comes to internal specifications. Under the hood, you will find a Qualcomm Snapdragon 800 quad-core processor running at 2.26GHz. This is the same CPU powering rival high-end Samsung Galaxy Note 3.

Micro-SD storage expansion remains missing, so you're limited to 16GB or 32GB of physical storage space.

The Nexus 5 has a sealed in 2,300mAH battery. Under regular real-world usage with auto-brightness on and using 3G, we managed to get 14 hours of moderate usage. This included connecting the device to a Pebble smart watch over Bluetooth, making a few phone calls, browsing Twitter and the web, streaming Google Play Music content and e-mail.

The Nexus 5 should survive a day's moderate usage before needing a charge.

In our 'Iron Man' challenge we looped a 1080p copy of the Marvel film with Wi-Fi/GPS off and brightness set at 75 per cent. The battery lasted 3 hours and 20 minutes before being fully depleted, so power users be warned. The Nexus 5 also becomes hot to touch when performing intensive tasks but this is common to all smartphones.

Call quality was good, with callers coming through loud and clear, and it felt like an improvement in quality over the Nexus 4. The Nexus 5 did not perform any better than its predecessor in terms of reception strength, as we had the same network black-spots.

Don't expect the Nexus 5 to compete with PureView technology found in devices such as the Lumia 1020. To keep the price of the Nexus down, LG has had to cut costs somewhere and the camera is the main area.

The Nexus 5 has an 8-megapixel sensor and F/2.4 aperture. Optical Image Stabilisation (OIS) included so the device will compensate better for shaky hands. The overall low light performance has improved, but still does not rival the Lumia 1020 or HTC One.

The main camera software addition to the Nexus 5 is HDR+, which is a combination of High Dynamic Range photography with sharpening algorithms. HDR photography captures numerous frames of an image - normally three - and then combines these together to produce a detailed single image. 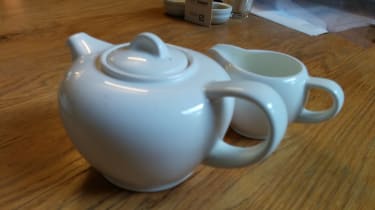 In testing, we found HDR+ worked well for landscape photography and stills, as expected, but will result in less sharp images for anything else due to any movement being captured in the burst of images needed to composite the HDR image. 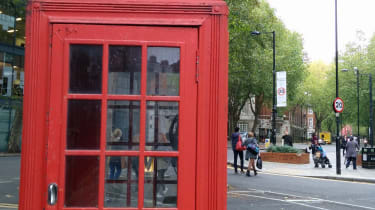 The default camera application is cumbersome and requires improvement. Touching an area to focus and then pressing the on-screen shutter button often means you accidentally re-frame the image. This can result in frustration as you could miss the chance the take pictures of moving objects.

In terms of shutter lag, the Nexus 5 isn't the fastest performer. Google has stated that this is a software issue and a fix to improve this is on the way.

Despite having a sealed back, accessing the internals of the Nexus 5 isn't as difficult as you'd imagine. The smartphone has been given a repairability score of 8/10 on iFixit compared to 6/10 for the iPhone 5S & C.

The back on the Nexus is fixed in place with clips and not glue, so it can be removed using a plastic opening tool. Components are arranged in a modular design - so it's easy to replace parts - and the battery is held in place with a blob of glue - allowing it to be removed without causing any damage.

At 299 for the 16GB version and 339 for the 32GB, the Nexus 5 is a tad more expensive than its predecessor but you do get a bigger full-HD display and 4G support. Contract pricing also starts at 21 per month (for a free handset).

Google doesn't ship the device with headphones, but this isn't going to be a problem for the majority of people. When it comes to value for money there is nothing on the market capable of matching the Nexus 5. Even the iPhone 5C starts at 469 SIM-free.

The Nexus 5 is the pound-for-pound the best value handset available on the market. It delivers excellent performance and has a vibrant full HD display but is not perfect. LG has understandable had to cut costs in the camera department and there's no way to expand physical storage.