Smartphone business set to sold off to Microsoft for €5.44 billion. 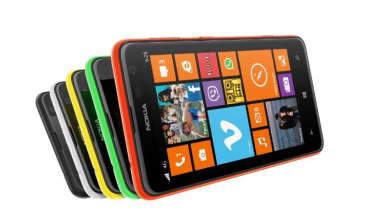 Nokia shareholders are expected to green-light the sale of its mobile phone business to Microsoft today.

The Finnish firm agreed in September to sell its devices and services business and license its patents to Microsoft for 5.44 billion ($7.36 billion) after failing to recover from a late start in smartphones.

The sale, which is expected to close in the first quarter of next year after regulatory approvals, is set to boost Nokia's net cash position to nearly 8 billion from around 2 billion in the third quarter and allow it to return cash to shareholders, possibly through a special dividend.

I think 5.44 billion is definitely good for Microsoft. I'm not sure it's the best deal for shareholders.

Without the loss-making handset business, the remaining company will earn over 90 per cent of sales from telecom equipment unit Nokia Services and Networks (NSN) and will also include a navigation software business and a trove of patents.Since the Microsoft deal was announced, Nokia shares have doubled, closing at 6.00 on Monday.

Last year, they fell as far as 1.33, a level not seen since 1994, on worries the mobile phone business would burn through cash before it could ever catch up with rivals such as Apple and Samsung.

Billionaire and activist investor Daniel Loeb said in October that he had taken a position in Nokia and that he expects a "meaningful portion of the excess" cash from the Microsoft deal to be returned to investors.

While approval from shareholders is considered a done deal, Tuesday's meeting, which starts at 2:00 p.m. (1200 GMT) in Helsinki's Ice Hall arena, will also be a chance for some shareholders to vent their dissatisfaction.

The sale of the mobile phones business, Finland's biggest brand and at one point worth 4 perc ent of national GDP, came as a shock to many Finns. The company's success helped to transform Finland from a backwater economy in the shadow of the Soviet Union into a high-tech powerhouse.

Elop stepped down when he announced the agreement with Microsoft, his former employer, and is due to return to the Redmond, Washington company when the deal closes.

Finnish tabloids have called him a "Trojan horse", although most analysts have been sympathetic, saying there were few good options for the company by the time he was hired in late 2010.

One Finnish businessman and former Nokia manager had set up a group called Nokita, translated as "bet higher" in Finnish, in an attempt to outbid Microsoft. He said on Monday that he failed to find enough investors.

"Of course there was a bit of a patriotic idea behind my plan, but there was also the calculation," said Juhani Parda, who believed Nokia's devices business could be worth around 23 billion in three years by adopting Android in addition to Windows Phone.

"I think 5.44 billion is definitely good for Microsoft. I'm not sure it's the best deal for shareholders."