Transport for London FOI request reveals how many staff are embracing BYOD. 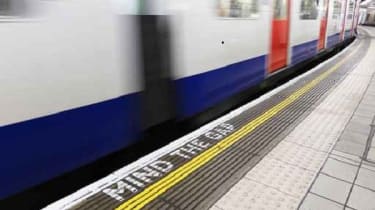 The number of personal devices used by Transport for London (TfL) staff to access corporate resources has increased by 500 per cent since 2010, a Freedom of Information request has revealed.

However, it also shows that over the last year adoption has started to level out. Network automation provider Infoblox made the request, which also revealed that Apple iPhones and iPads were by far the most popular personal devices among TfL staff.

In 2010, there were just 106 BYOD devices on the TfL network, which more than doubled to 242 in 2011. The following year saw a 77 per cent increase from 2011 (430 devices), but to date - in 2013 - just a 33 per cent increase has been recorded, amounting to 573 devices. Considering the number of staff working for TfL is around 28,000, the actual take up of BYOD is rather low. "Personal mobiles and tablets are becoming ubiquitous in the workplace and IT directors will need to ensure that these devices can be used safely and securely on the network," said Chris Marrison, EMEA technical director at Infoblox. "Forward thinking organisations are already putting the necessary measures in place to enable improved productivity through BYOD initiatives, whilst safeguarding the organisation's network from unauthorised access attempts which put data at risk." Last year, TfL started rolling out Wi-Fi on the London Underground network so commuters would be able to surf the internet while on platforms at selected stations.