Intel unveils Edison - a PC the size of an SD card 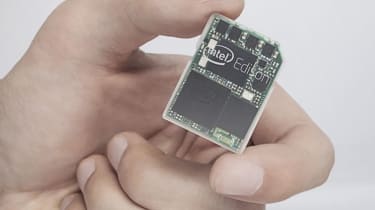 The dual-core PC is built using Intel's Quark technology, which was announced at IDF in late 2013. Edison is built using a 22nm process and is housed inside an SD card.

"It's a full system. It's a full pentium-class PC in the form factor of an SD card," Krzanich told the show's attendees.

The system shown on stage was running Linux and had support for Wi-Fi and Bluetooth. Intel plans to launch an app store to support the system and Edison is set to be released in mid-2014. No pricing details have been announced at this time.

Intel is keen to position itself at the forefront of the wearable market, with the aim of "making everything smart". Krzanich demonstrated use cases including the ability of a parent to monitor a baby's temperature and breathing pattern by attaching a sensor to a onesie.

To kickstart developer interest in Edison, Intel announced a $1.3 million prize fund for wearable technology ideas. The developer who comes up with the best concept using Edison will walk away with $500,000.

The headset wraps around the back of a user's ear and can be paired with Android devices. Once paired, Jarvis can be used to initial commands. It's possible to ask for directions, check your messages or set reminders, for example. The reference design is likely to be picked up by an OEM, and could be launched during the year. 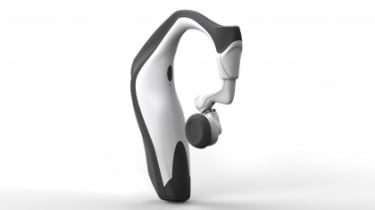