Android KitKat 4.4 handset finally makes its way to the UK. 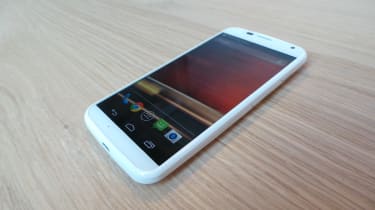 Six months after the US launch, the Moto X will be available in the UK from 1 February. It comes as Motorola tries to re-establish itself in Europe. But with competition from the likes of Apple's iPhone and Samsung's Galaxy S range, does it deliver enough to be a competitor?

The Moto X packs a 4.7in 720p screen making it similar in size to other flagship handsets. The back of the device is constructed from woven polycarbonate and there's a subtle curve to make it more comfortable to grip.

With a thickness of 10.4mm and 130g weight, it's not the thinnest or lightest handset on the market, but it has some unique features which differentiate it. These include Motorola Assist, Quick capture camera, Active Display, and Voice activation technology.

Being owned by Google, the handset firm is also able to provide extras like 50GB of free Google Drive storage for two years - something other Android vendors such as HTC, LG and Samsung cannot offer.

Powering the handset are eight-cores - in a setup which Motorola has labelled the "X8 mobile computing system". This is made up of a dual-core Qualcomm Snapdragon 1.7GHz processor, quad-core Adreno 320 graphics, along with natural language and contextual computing processing units.

On the software side, Motorola has kept it simple. There's no bloatware on the Moto X. Android 4.4.2 KitKat looks just like Google intended and Motorola throws in a handful of apps it thinks you will find useful.

Another great feature associated with Motorola products is that it pushes out its software updates directly and it's faster than most other vendors because there's no need to tinker with Android.

Instead of having a flashing LED indicator - the screen on the Moto X pulses around ever 5 seconds when you have a notification. You can touch the screen to have a peek at the notifiation without waking up the device - and if you want to respond, it is possible to with just a swipe. 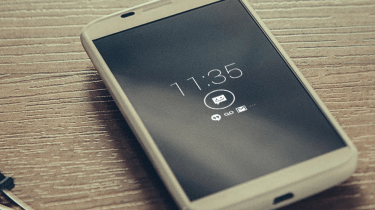 You can set reminders and initiate searches using your voice.  However, we weren't able to put this to the test on the demo units we had a play with and only saw it in action. You have to say the words "Ok Google Now" three times into the device so it can pick up your voice.

It's then possible to initial a command whenever you want - without having to touch the device by starting with the phrase "OK Google Now". The screen does not have to be on because the natural language processor built-into the handset is constantly listening out for your voice. 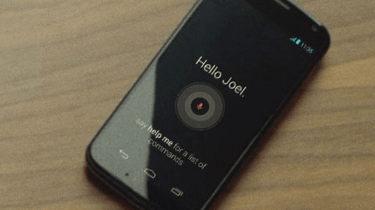 The feature looks like it will be most useful when you are driving. The contextual computing processor in the device means it will automatically detect when you are behind the wheel.

Similar voice navigation is available on the Nexus 5 as well as the Galaxy and iPhone ranges. However, the Moto X appears to take it one step further. It's possible to say things like "Talk to me" and get the device to read out messages. You an also dictate replies or set up automatic replies for when you are driving.

Ever missed the opportunity to take a picture because you're too busy fumbling around trying to open the camera app on your smartphone? Motorola aims to put an end to this with a neat little feature that allows you to open the camera instantaneously with a double flick of the wrist.

It's one of the fastest ways to open up the snapper on any phone and for the dozen or so times we tried it, the gesture worked every time. Motorola claims the responsiveness of this gesture will not erode over time because it relies on the accelerometer inside the handset.

Motorola is touting "24 hours" of battery life with mixed moderate usage. We'll be testing this to see if it's the case in our full review.

With the battery being non-removable, if you want to extend its life on the move you may need to invest in a portable charger.

SIM-free pricing for the device starts at 380, which is still expensive but way below the 529 for the iPhone 5s. On contract, the Moto X is available from 25 per month and this is much more attractive considering the feature set on offer.