Google completes deal to sell Motorola to Lenovo for £1.82bn 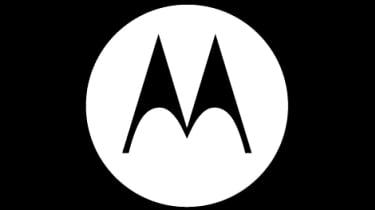 Lenovo has completed the acquisition of Motorola Mobility from Google for 1.82 billion.

The buy-out process was announced at the beginning of the yearandMotorola is now set to operate as a wholly-owned subsidiary of the computing firm, reports Mobile News Magazine.

Motorola headquarters will remain in Chicago, with almost 3,500 employees from around the world staying on as designers, engineers, sales and support for the manufacturer. Lenovo also gets the Motorola Mobility trademark portfolio and branding.

Yang Tuanqing, Lenovo chairman and CEO, said: "Today we achieved a historic milestone for Lenovo and for Motorola and together we are ready to compete, grow and win in the global smartphone market. By building a strong number three and a credible challenger to the top two in smartphones, we will give the market something it has needed: choice, competition and a new spark of innovation.

Liu Jun, executive vice president for Lenovo and chairman of the Motorola Management Board, added: "Motorola has already built solid momentum in the market, and their recent results show consumers are excited about their exceptional products that stand out for their design and simplicity."

When the web giant announced it was going to acquire Motorola Mobility for $12bn in 2011, eyebrows were raised. Motorola had been struggling, racketing up losses of $4.3 billion between 2007 to 2009, and it spun off the handset business.

Most analysts suggested the reason behind Google's acquisition of Motorola was for the vast patent portfolio. Based on Google's explanation for the sale to Lenovo, it's clear the patents were the primary target.

"[On] the intellectual property side, Motorola's patents have helped create a level playing field, which is good news for all Android's users and partners...Google will retain the vast majority of Motorola's patents, which we will continue to use to defend the entire Android ecosystem," explained Google CEO Larry Page in a blog post at the time.

"Lenovo has the expertise and track record to scale Motorola into a major player within the Android ecosystem. They have a lot of experience in hardware, and they have global reach."

This was the second high-profile acquisition Lenovo has made in the same week as it continued to push forward in the hardware market. The Chinese firm also announced it was splashing out $2.3 billion on IBM's x86 business.

Lenovo has a solid track record when it comes to building market share through acquisitions. The firm purchased IBM's ThinkPad range of laptops in 2005, and has used the brand to catapult itself to the top of the PC market.

With Motorola making some of its best handsets in years in the form of the Moto X and Moto G, it wouldn't be a surprise to see the brand return to a dominant position under the stewardship of Lenovo.

This article was originally published on 30/01/14 and has been updated several times (most recently on 30/10/14) to reflect new information available.