Chinese PC maker follows up purchase of IBM's x86 server division with a deal to take Motorola off Google's hands. 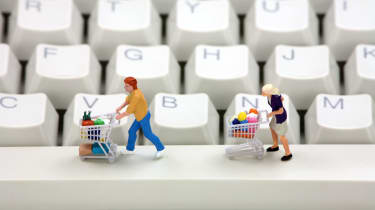 Inside the enterprise: As shopping sprees go, it's up there with the big ones. In the space of just a week Lenovo, the Chinese computer company, has spent a cool $5.21bn (3.15bn).

For the cash, Lenovo first bought IBM's low-end, x86-based server business, for $2.3bn. It has now topped that by agreeing to buy Motorola Mobility from Google for a further $2.91bn. This is the consumer handset arm of Motorola, which the search giant acquired for $12.5bn in 2012, with the stated aim of "strengthening the Android ecosystem".

According to the Financial Times, Motorola Mobility lost $645m in the first nine months of its last financial year, although Google also acquired a large number of Motorola patents some 17,000 of which 2,000 will now be owned by Lenovo.

Google had already divested part of the Motorola business, the set-top box operation, for $2.6bn, so Google's paper loss on the Motorola deal is not as large as it might appear at first glance.

What is interesting is the way the deal draws a line under at least one Google goal: to build a hardware business. Recent Android-based Motorola handsets have been a success.

But concerns remained among other device makers about Google's role as both the owner of Motorola Mobility and guardian of Android. Perhaps those fears limited how far Google could push Motorola.

Certainly, Google held back from using its own hardware subsidiary to make its flagship Nexus range: the Nexus 5 phone was developed with LG, and the Nexus 7 tablet with ASUS. That suggests a degree of sensitivity towards the wider Android community.

As part of Lenovo, Motorola will be free of any such shackles: it will be just another Android OEM. Lenovo, for its part, is already a significant player in the Android device market, even if those devices produce most of their sales in China and other Asian markets. The Motorola brand could well give Lenovo a way to extend its handset (and tablet) reach into Europe, and especially, North America.

And as interesting, perhaps, is what the recent deals say about the scale of Lenovo's ambition. The company is already the world's number one PC maker, and makes good use of the Thinkpad brand it licensed from IBM, as part of its deal to buy the IBM PC business.

Lenovo also has an industry-standard (x86) server business, and has long said it wanted to grow that too, particularly overseas. Buying the IBM x86 server business makes logical sense; for IBM and Lenovo, it is less the consummation of their 2005 PC-business marriage, but a renewal of the vows.

Selling the x86 server business may have taken longer than expected but it allows IBM to focus on the higher end, higher-margin hardware businesses, as well as services and the cloud. But it would be wrong to think Lenovo doesn't have higher-powered systems in it sights too.

With a bolstered handset, personal computing and now server business, Lenovo is already a force to be reckoned with. And it, too, must be looking at the higher margins from services with keen interest.