Sony bows out of the PC business with a whimper. 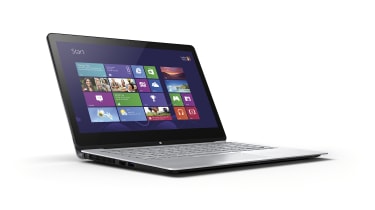 The i5 processor included a Turboboost option increasing the clock speed to a nippy 2.6GHz. But it didn't have enough power to go beyond midrange performance. The Multi Flip achieved a score of 64/100 in our real-world benchmark tests, which included switching between multiple apps as well as intensive tasks such as audio and video encoding. This doesn't provide performance levels you get with more expensive devices such as the MacBook Pro or Dell Latitude E7440. 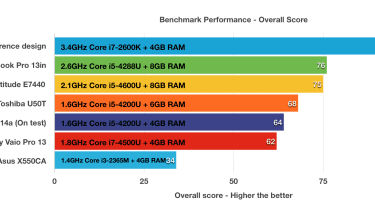 Connectivity on this 14in model was good to. There was a Gigabit Ethernet port eliminating the need to rely on wireless networks, a HDMI connection, 2 x USB 3.0 interfaces and an SD card slot. In addition to its 802.11n Wi-Fi and Bluetooth 4.0, the Multi-Flip 14A also supported NFC allowing it to be paired with device such as speakers.

The weakest part of the Multi-Flip 14A was the battery life as it placed near the bottom chart. When running our Iron Man test it lasted a miserable four hours and 45 minutes. Less intensive use might allow you to stretch to around six hours, but that's still short of the 6-10 hours offered by Haswell laptops. 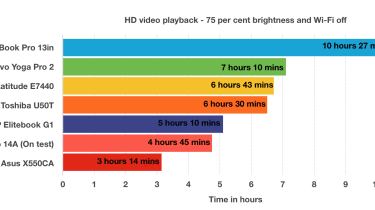 The base was screwed on, so there was no option to replace the battery. Sony doesn't list spare battery packs among the accessories available for the Multi-Flip 14A either, so there's no way to compensate for this poor battery life.

The convertible design looks great and is well executed. But the performance and battery life aren't up to scratch. This is compounded by the uncertainty surrounding the sale of the Vaio brand. Service and support is going to be fragmented going forward - and this makes it difficult to recommend investing in this product.

With Sony set to flog its PC business, it's almost impossible to recommend buying a Vaio branded device at this time. The average performance and poor battery life mean the Multi Flip is easily better by rival machines too.