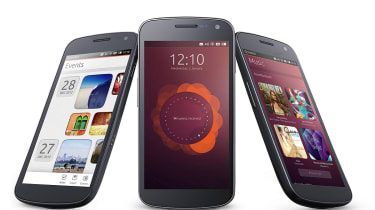 Canonical has revealed the identities of two manufacturers who have agreed to bring its much-hyped Ubuntu-powered smartphones to market.

The software developer has signed agreements with Spanish phone maker bq and Chinese manufacturer Meizu, and said it expects the first Ubuntu Touch devices to ship later this year.

The smartphones will be available to buy online directly from both manufacturers, as well as from Ubuntu.com, with Canonical describing them as "mid-to-high end" handsets.

At the time of writing, details about the devices and their technical specifications were not forthcoming, but the firm is expected to showcase them at next week's Mobile World Congress.

Mark Shuttleworth, founder of Canonical, said the devices will provide end users with a viable alternative to iOS and Android.

"The mobile industry has long been looking for a viable alternative to those that reign today," he said.

"Ubuntu puts the control back into the hands of our partners and presents an exciting platform for consumers, delivering an experience which departs from the tired app icon grid of Android and iOS and provides a fluid, content-rich experience for all."

News of the OEM partnerships has been a long time coming, as Canonical initially tipped the first Ubuntu smartphones to start shipping in October 2013.

However, development delays pushed back the release, and the project's first manufacturing partner was only signed up in December. At the time, the company declined to confirm the manufacturer's identity.

During an Ask Me Anything session on social news site Reddit last month, the company revealed that an Ubuntu Touch smartphone made by a major OEM was unlikely to materialise this year.

The apparent delay in getting the Ubuntu Touch to market follows Canonical's abortive attempt last summer to release a crowd-funded smartphone, dubbed the Ubuntu Edge.

The firm needed $32 million to get the device made, but ended up falling $20 million short by the end of its month-long fundraising campaign.