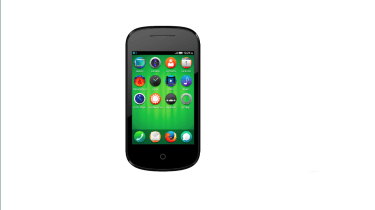 Mozilla has announced a 15 ($25) smartphone, as the firm aims to gain traction in the mobile market by targeting emerging markets.

The not-for-profit organisation has teamed up with Spreadtrum, a fabless chip maker based in Shanghai, which specialises in references designs for manufacturers.

The device is powered by a Cortex A5 1GHz processor, has a 3.5in display, Wi-Fi, Bluetooth and two megapixel camera. The device will run the Firefox OS and be capable of performing tasks commonly used on smartphones including carrying out calls, browsing the web, receiving texts/emails, playing video.

"We're trying to bring people onlineThere are many people who are going to move from feature phones to smartphones over the next couple of years," said chief operating officer, Jay Sullivan during the launch.

There will be three iterations of the device, with slightly different specifications. No official release date has been announced, but the device is expected to launch in the second half of 2014.

Mozilla has announced it has signed agreements to bring devices to 12 new markets during 2014 bringing the total number of countries where Firefox devices are available to 27. Together with partners, the organisation is keen to break into the African and Asian markets, having debuted in Latin American and Eastern European countries.

Alcatel-Lucent, Huawei and ZTE have all unveiled new Firefox OS devices - with Alcatel also planning to launch a 7in tablet. Firefox OS will also be used by Panasonic in Smart TVs and by Via in PCs, the COO claimed.

Sullivan also debuted Mozilla's first high-end reference, which is specifically for developers. Dubbed the 'Flame' reference device it gives developers a taste of what Firefox OS is capable of with premium components. 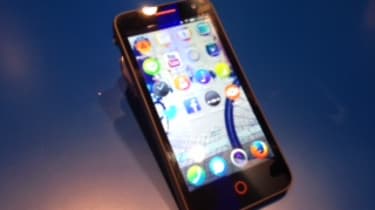 Specs of the Flame reference device have been confirmed in full but there is no pricing. Mozilla is expected to make this available around Q2 of 2014 and it will include:

Developers will be able to scale-down the RAM so they can build, debug and test applications for lower-end device which are on the market.