MWC 2014 news & reviews roundup: Everything you need to know

As MWC 2014 draws to a close, we take a look back over the big announcements from Samsung, Nokia, Mozilla and others... 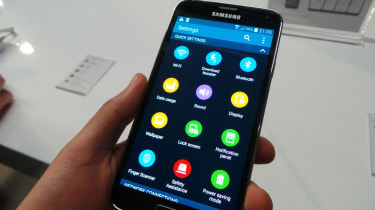 Mobile World Congress (MWC) has brought some exciting new technology to the fore. We've seen innovation and progress on consumer-line phones, the silicon that powers them, and everything in between. Here's everything you need to know about the important stuff launched at MWC this year.

The world will get its hands on the next generation of Samsung's flagship Galaxy S series on 11 April. With a bigger screen, faster processor, sharper camera, and PayPal-enabled fingerprint scanner, Samsung hopes the S5 can continue where its predecessors left off. IT Pro checked out its specs and spent some hands-on time with the device.

Samsung is releasing a revised version of its Gear smartwatch just months after its initial flop. It hopes that a heart rate monitor, and improved components will make the Gear 2 and the Gear Neo successful. Most interesting of all? The watches don't even run Android. They use Tizen.

Nokia announced a trio of low-cost devices for developing markets: the Nokia X, X+, and XL. The three run a forked version of Android resembling Windows Phone 8 with support for Microsoft apps. IT Pro took a look at the details and liked what we saw.

The world will get its hands on the next generation of Samsung's flagship Galaxy S series on 11 April.

Facebook CEO Mark Zuckerberg spoke about his strategy to connect the world through Internet.org. He and a consortium of other tech companies claim bringing internet access to developing markets could create 100 million jobs. IT Pro's guest editor Brendon Petsch remained sceptical, asking, "Is this a philanthropic project or a money-making exercise for Facebook?"

Blackphone emerges from the shadows

IT Pro fought the crowds around the Blackphone stand to get a look at the small smartphone making a splash with its privacy-first design. Every part of this custom version of Android works toward protecting your data.

Mozilla revealed a Firefox OS smartphone with a microscopic price point of 15. The device can perform basic smartphone tasks. It will launch in 12 new markets in Africa and Asia. In contrast, Mozilla started talking about "Flame," its high-end reference device meant to demonstrate Firefox OS with premium hardware.

Intel continues its struggle against ARM chips with two new processors. Merrifield and Moorefield boast improved performance, 4G, low-powered sensors, and high-resolution-screen support. Keep an eye out for them in late 2014.

HP took the veil off the ElitePad 1000 G2, its latest Windows slate for businesses. It's one of the thinnest tablets the company has ever made at 9.2mm thick. Business users will appreciate its repairable battery, display, webcam, and system board. IT Pro got some hands-on time and was impressed.

European Commission vice president Neelie Kroes spoke at Mobile World Congress about the need for governments and private companies to work together to bring 5G networks to Europe and the world. She said the network would form a critical part of a connected society.