iPad Air vs. iPad Mini 2: Which is best?

In our iPad Air vs iPad Mini 2 review, we compare specs, battery life and pricing... 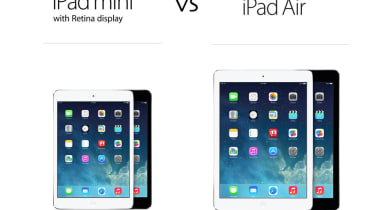 Despite being launched nearly five years ago, the iPad Air and iPad Mini 2 are well worth considering if you're looking for a cheaper and more entry-level alternative to the beefy iPad Pro 10.5, or 2017's widely-acclaimed Apple iPad.

Indeed while the latest iPad is available for upwards of 289.99, these legacy models can be snapped up for up to 100 less - depending, of course, on where you shop, and which model you decide to pick up.

Despite boasting a reasonable price tag, these models clearly don't come packaged with the best technical specs available in the tablet market today. But they're good enough to perform the simplest of tasks - and will often come packaged with enough features to prove themselves an asset.

Both the iPad Air and the iPad Mini 2 are still solid options, and below we've rounded up the specs and features fitted into both devices to help you decide which model is best for your needs. These include the following:

The iPad Air has a 9.7-inch screen whereas the iPad Mini 2 sports a smaller 7.9in screen, and both have the same 4:3 ratio. The Air used to be the largest model available before the newer iPad Pro 10.5in and 12.9in models were introduced recently.

If you're viewing media such as TV shows, films or playing some games then the iPad Air's bigger screen is obviously the better option, even though the iPad Mini 2 has the same number of pixels in its smaller screen.

The latter is also the lighter option with the device's weighing 314g. Its bigger brother weighing in at 478g, although the thickness of both devices is the same, packing a 7.5mm chassis.

Thanks to Apple's Retina Display technology you won't be able to see any pixels when holding them at arm's length. The Air has a resolution of 2048x1536 and a pixel density of 224ppi. The iPad Mini 2 has the same resolution, it's just spread across a smaller area, giving it a denser 324ppi. 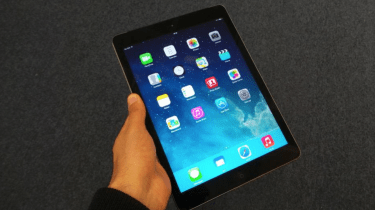 The smaller iPad Mini 2 (below) measured a maximum brightness of 396cd/m2 and a contrast ratio of 729:1. 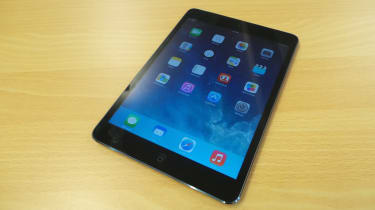 The best choice when it comes to the two displays has a lot to do with your size preference. Do you want a portable device to fit into a large coat pocket, or do you want the biggest possible screen?

Winner - iPad Air - The Air is technically the superior display with higher brightness and contrast ratio.