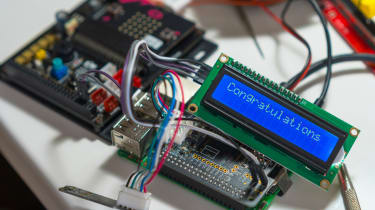 Given its size, you'd be forgiven for thinking that the Raspberry Pi is only useful for simple tasks, yet it can be a surprisingly powerful piece of kit if you know what you're doing. This is especially true for gaming fans, who have proven that with a little bit of ingenuity, you can build your own entertainment system.

As you may have guessed, these projects tend to involve far more DIY than the average build, and you may need to source a bunch of extra parts if you want to create something like a gaming system -- though that's perfectly doable.

Setting up an SRB2 Server on the Raspberry Pi 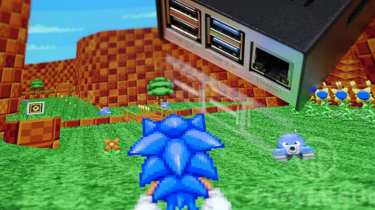 If you're into your retro games, you can use your Raspberry Pi to set up a dedicated server for the Sonic fan game Sonic Robo Blast 2 (SRB2) on your Raspberry Pi. The game, created by a group called Sonic Team Junior, takes its inspiration from the original 2D Sonic games for the Mega Drive and reimagines it in a 3D world.

To get started with this project, you'll need a Raspberry Pi 1, 2, 3 or 4, a microSD card, a power supply and either an Ethernet cord or WiFi dongle, and to run SRB2 on your Pi, you will need to clone and compile the source code from scratch.

Full instructions can be found at PiMyLifeUp.

Nintendo's newest console, the portable Nintendo Switch, has made a huge splash, and it quickly became the Japanese gaming giant's best-selling console to date. However, limited supplies of the device - particularly around Black Friday and Cyber Monday - have meant that many have been sadly disappointed. If still haven't managed to get your hands on your, why not follow in one enterprising student's footsteps and build your own home-made version out of a Raspberry Pi.

The 'NinTIMdo RP' uses a 3D-printed case to house a 7in touchscreen and controller buttons, and runs the popular RetroPie emulation software. It may not actually play Nintendo Switch games or feature any of the fancy features like removable motion controllers, but as portable retro consoles go, it's one of the more inventive ones. 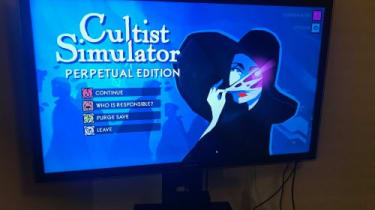 Steam Link is a service, usually only accessible via Steam's own hardware, which allows PC gamers to stream games from their Steam game library to a display of their choosing. It's now been made available in beta for Raspberry Pi and it works phenomenally well.

Ever wanted to play your PC games in the comfort of your own living room? Well, all that's required is to put one line of code into the device's command line and it will download, install and create a desktop icon. From there, it takes minutes to connect to a TV or other display and start streaming games. Learn more about it here.

Host your own game show with Raspberry Pi 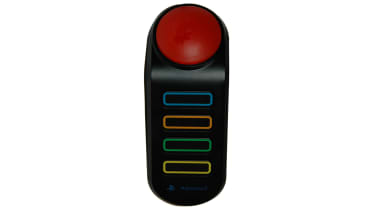 It's one of the more convoluted projects in this list, but if you're willing to make the effort for some good old fashion quizzing (and if you previously owned the PlayStation classic Buzz), the effort will be worth it.

Ever wished you could win every family board game or simply just want to get an intellectual leg-up on your friends? Well, by upcycling the long-forgotten PlayStation game show into a homebrew system to whip out at social gatherings will surely scratch that itch.

It's a lengthy process, so expect to dedicate some serious time into this one. You'll need patience, some degree of comfort with Python, some snacks to tide you over, a power supply and micro SD card in addition to the Pi and Buzz controllers. You can follow the instructions here.

The best-looking retro arcade machine ever?

Pi-powered retro gaming machines are hardly anything new, but this one has to take the cake as one of the most impressive examples we've seen. Complete with a smooth wooden housing and sleek acrylic inlays, this is decidedly more attractive than the 3D-printed examples one usually sees online.

This is definitely not one that most people can do at home, however. Engineer and maker David Johnson crafted this elegant little number using advanced tools like a CNC mill, with circuit boards he made himself.

Johnson documented the whole process on YouTube, and while most people are unlikely to be able to follow along at home, it's undeniably impressive to watch. 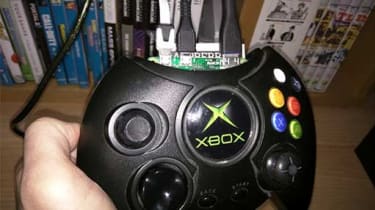 The Raspberry Pi Zero is so small that it could fit into just about anything, as this hack demonstrates. Programmer and maker Terence Eden was lucky enough to get his hands on one of the devices, and with a bit of tinkering, was able to put it inside an original Xbox controller.

Using the RetroPie emulation software, he was able to make a retro games console that's entirely contained in the controller. The controller itself loops back into the Pi, so all you need to play your favourite old-school games is an HDMI display and a power source. There's even enough space to fit in a portable power pack for those that want to take it out and about.

Terence's blog post with a full how-to is available here.