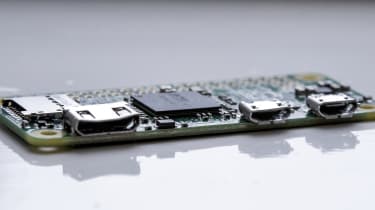 The Raspberry Pi is a wonderful piece of hardware, and successive iterations have only built on its ability to deliver impressive functionality inside a small package.

Nowhere is that more evident than in the Raspberry Pi Zero, which comes in at half the size of the Model A, complete with a micro SD card, a micro USB slot, and a mini HDMI. That tiny footprint means that this particular model excels at being as discreet as possible, allowing for even smaller creations.

With that in mind, we decided to pull together some of our favourite projects that take advantage of this small stature. Be warned, given the size of the board, some of these projects may prove to be more fiddly than you're used to, and we're also not shying away from some seriously complicated designs.

Converting a Raspberry Pi Zero into a dongle computer

If you have ever found yourself becoming frustrated by having to plug in various peripherals and adapters every time you want to test something out on your Raspberry Pi, then this project is for you.

This neat little hardware hack converts the Raspberry Pi board into a dongle computer, allowing you to use another computer's internet connection, screen and peripherals by simply plugging it into the USB port. This also still allows you to Secure Shell (SSH) into your Raspberry Pi, as well as install remote desktop clients, or share files between the computer and the Pi. This makes it an ideal solution for those that want to quickly run tests on the Pi without having to have dedicated equipment.

The hack also maintains the original tiny footprint that makes the Raspberry Pi Zero so useful, only now it's marginally longer due to the extra USB-A connector. The original ports are still fully functional, although it's going to be a little awkward trying to slot extra adapters into the micro USB ports when used as a computer dongle – so we'd recommend you avoid this.

Thanks to the popularity of drones in recent years, it was only a matter of time before people realised that the Raspberry Pi was ideally suited to powering these unmanned aircraft – especially when the Zero came along.

This is one of the more expensive projects to feature on our lists, with the entire design setting you back around $200 (£150) to complete. In order to build this, you'll need to source a PXFMini autopilot board (a tiny, lightweight daughter board specifically designed for the building of drones), and a specialised Linux image. You'll also need to source a quadcopter frame and a compatible power module.

Once built, you'll be able to use PXFMini board to create a Wi-Fi network that you can connect a gamepad to, or you can even use Robot Operating System (ROS) software to create a visualisation of the flight path and control the drone through its UI.

Here's a handy step by step guide if you feel up for the challenge. 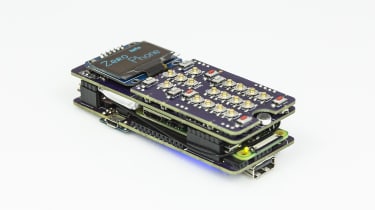 Resembling nothing more than one of the old Nokia 3410s turned inside-out, the ZeroPhone is designed to be cheap, open source, and easy to assemble and repair. According to the inventors, "ZeroPhone is a platform for hackers, people not happy with their smartphones, people that want privacy, people that want the power of Linux in their pockets and many more".

Check out the full guide on Hackaday for instructions on how to make it.