PA Consulting hosted its 2nd annual Raspberry Pi Awards. We take you through the highlights 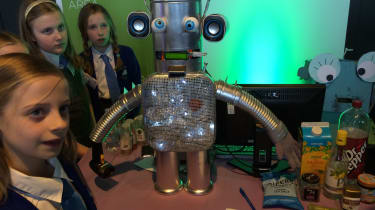 Heading home after PA Consulting's second annual Raspberry Pi awards on Wednesday, it was hard to wipe the smile off my face.

What I witnessed during my afternoon spent at London's Science Museum left me feeling proud to be British and more excited about technology than the latest smartphone release.

It was great to see youngsters passionate about technology come together from all over the country. Even better was seeing the commitment, drive, teamwork and skills on display to bring unique ideas to life.

The 2014 Raspberry Pi Awards were split into four categories based on age groups. The youngest entrants were between 8-11 years-old, with the oldest being University undergraduates.

The theme of this year's competition was to create a project that would benefit the environment using a Raspberry Pi and a budget of 100.

Teams were required to show how their project would make a difference in the world, provide clear detailed building instructions and demonstrate scalability. Hundreds of entries were narrowed down to 13 finalists. Let's take a lot at the stand-out entries.

The project that stood out to me was the PiPod. This hulking beast wasn't the prettiest project on display, but it did do something remarkable - filter dirty water into drinking water. 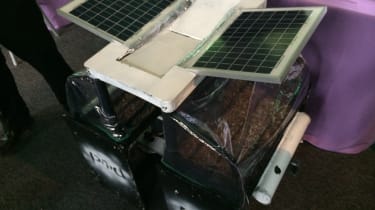 It works by pouring dirty water into the opening at the top. This is initially filtered through a controlled environment where the deposits are used to grow salad plants such as cabbages. The second stage of filtration then takes out the minute particles and filters the water using chlorine tablets - making it suitable to drink.

A litre at a time takes 30 minutes and the battery pack is hooked up to solar panels. Not only that but 90 per cent of the unit is made from recycled materials. A brilliant idea that has the potential to be commercialised and help some of the 870 million people worldwide who are undernourished.

The most eye-catching project was created by the youngsters from St. Mary's CE Primary School and was another personal favourite.

The Year 5 students created the affectionately named Round-eyed Robo' to help other children learn about recycling. Users can scan a household item using the LED scanner attached to the right-arm of the robot and it then recommends the best way to recycle the item using a text-mounted display and audio.

This is done by connecting a Raspberry Pi to an LED scanner and creating a database using product names, barcodes and recycling suggestions. 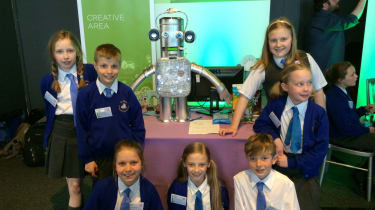 Plant care was a common theme amongst entrants this year and the team behind Plant Pi won the judges over with the combination of brilliant hardware and software.

Using a Raspberry Pi with temperature, humidity, light, and soil moisture sensors, the Plant Pi is capable of monitoring the condition of plants over the internet. The system is packaged in a beautifully crafted laser-cut box and there was also a simple and clean graphical user interface to show the core details of the plant. 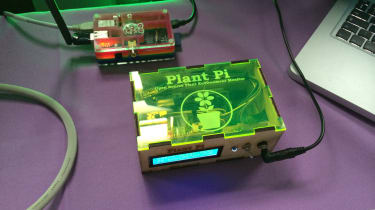 There are plans to expand the usefulness, by enabling one-click automatic watering. Ideal scenarios would include the ability to monitor fruits and veg in commercial greenhouses. The system could also be tweaked and deployed in datacentres to measure things like convection currents. 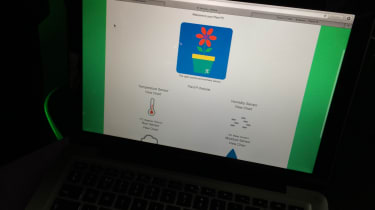 Attempting to see off the danger from forest fires, the Wetter Project had a simple objective - warn local authorities if moisture and humidity levels in a forest dip below a certain level. 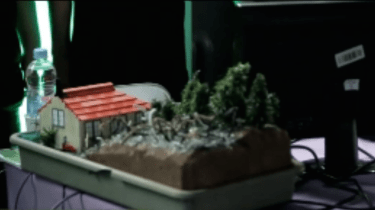 This is achieved by attaching a Raspberry Pi to moisture and humidity sensors and designing a program that sends the data to a website. When moisture levels hit danger levels an email is also sent to the relevant authorities.

This project was aimed at reducing urban emissions and saving fuel by helping drivers to locate parking spaces quickly.

By connecting a small camera to a Raspberry Pi and sending information to a central server, PiPark allows car park operators to monitor sites and direct drivers to areas where there is plenty of space. 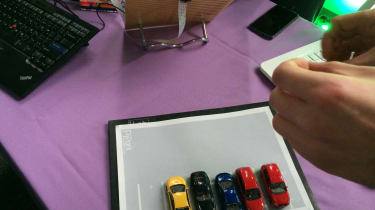 There is also potential to create a smartphone app that drivers can use to help them navigate to an empty parking space on their street or within a car park. In the future we may never need to drive around aimlessly for 10 minutes ever again.