Samsung Galaxy S5 vs iPhone 5s: Which is best?

Is the Android handset better than the flagship iOS device? 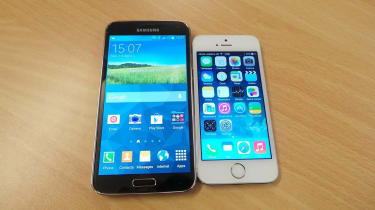 The two phones use ARM-based chips to deliver a similar level of performance. The iPhone sports Apple's in-house A7 chip. It's the first 64-bit CPU to go into a smartphone and has two 1.3GHz cores. It's supported by a modest 1GB of RAM, which could pose issues in the future when more 64-bit apps are released.

The iOS interface is simple and easy to navigate. There are also a wealth of high-quality apps in the App Store. The one downside is the lack of customisation.

The Galaxy S5 uses a quad-core 2.5GHz Snapdragon 801 chip with 2GB of RAM to provide smooth performance. There are a lot of options when it comes to customisation on the S5, but some of the menus can be overwhelming. 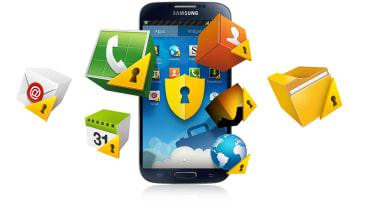 Both devices also have a enterprise credentials. iPhones have always been popular with the enterprise crowd as iOS is secure and there are various tools out that allow easy deployment and management.

However, Samsung is making a big play toward businesses with the Galaxy S5. The phone ships with Knox security, to counter the threat of malware by scanning applications from the Play Store.

If that isn't secure enough, the S5 offers a dedicated Knox store for business apps and allows Galaxy S5 devices to be managed by third-party tools from CA Technologies and Good Technology.

Winner - Draw - There is little to differentiate these device in both areas. Real-world performance is rapid. iOS is the more secure operating system, but the S5 ships with the Secure Android container and can be managed by third-party software.