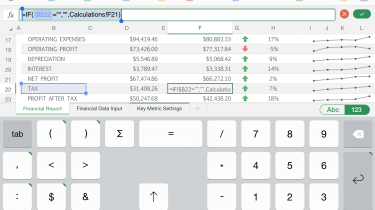 Apple's CEO Tim Cook claims Microsoft launched the iPad version of its Office suite too late and, as a result, download levels weren't as high as they should have been.

iPad use has increased exponentially in the enterprise space, with 98 per cent of the Fortune 500 companies using an iPad and 91 per cent of the activation of tablets in enterprise being iPads, Cook said during the company's latest earnings call.

The reason he feels this is that there are a lot of alternative productivity suites on the App Store, some of which Apple brought to the market and others that third-party developers introduced.

He continued: "But I do see that Office is still a very key franchise in the enterprise, in particular. And I think having it on iPad is good, and I wholeheartedly welcome Microsoft to the App Store to sell Office. Our customers are clearly responding in a good way that it's available. So, I do think it helps us particularly in the enterprise area."

However, the earnings call did address the problem that although iPad sales came in at the high end of Apple's expectations, they were below analyst estimates.

Cook believes this was because of two factors.

Apple still believes the tablet market will surpass the PC market in size within the next few years.