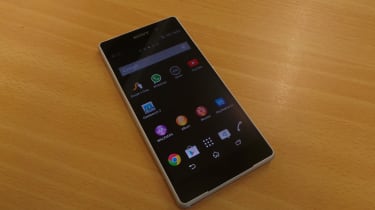 Sony has used Qualcomm's latest Snapdragon 801 series quad-core processor running at 2.3GHz to power the Z2. This is combined with 3GB of RAM. That's 3x the amount in the iPhone 5s and also more than the 2GB offered in the Galaxy S5.

Our device clocked a speed of 775m/s in the SunSpider web browsing test, slower than the Galaxy S5 (720m/s) and the iPhone 5s (420m/s). However, in real-world performance there is little to separate these devices. Mobile sites loaded up instantly on the Z2.

We had no major performance issues with the handset. Transitions between screens and apps were turbo-charged. We did have a File Commander app crash on us when trying to view files from the our micro SD card, but a quick restart solved this.

In terms of ports, the Z2 included a micro SD slot, micro SIM slot and micro USB connector. There was also a two-pin dock on the side of the device to use with a Sony cradle.

The most irritating feature of the Z2 was the little slide tray for the micro SIM. We had to use an adaptor for our nano-SIM and it took several attempts to slot the little card in properly. 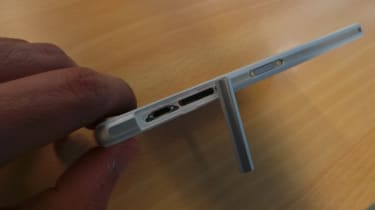 Shipping with Android KitKat 4.4.2, this is the latest version of Google's operating system. Sony doesn't overwhelm users with its custom interface. You have the option to customisable home screens or use widgets.

Our favourite feature is the app drawer. When you open this up and swipe from the left a menu pops up. This allows you to search all apps, uninstall unwanted apps and display apps in the number of different ways. We prefer using the Most Used setting. 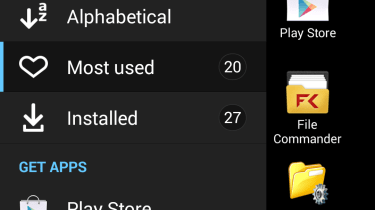 We also love the ability to carry out manual diagnotics on the device, checking everything from display to microphones. This is useful if you've handled the device roughly and want to check if anything is damaged.

Access to the Google Play Store is standard. This is where you can stock up on apps, games, movies, TV shows and magazines.Sony also offers a number of dedicated apps which connect you to its ecosystem including PlayStation, Video Unlimited and Music Unlimited via Walkman. The apps are there should you wish to use them, but they're not forced onto you.