The human cost of a smartphone 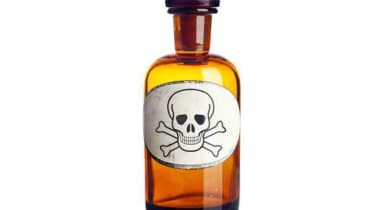 Made in China. Three simple words anyone who's ever purchased a piece of technology will have seen printed on the back of many a device or its box. In fact, it's probably more surprising if the product has been manufactured in a country other than China.

When we talk about the cost of devices, it's natural to think in terms of euros, pounds or dollars, but there is a higher price associated with the production of these shiny toys, and it's largely ignored. A human cost.

Found in a variety of goods from adhesives to detergents, Benzene is classified as a carcinogen. This means it is known to cause cancer in humans.

China is one of the few countries in the world where Benzene is still used in the production of electronic and sporting equipment.

We've all read about the hardships faced by factory workers in the far east as they struggle to survive. There are plenty of stories about poor working conditions, underage workers, and the gruelling hours (8am - 11pm). A

high-rate of suicide is common, particularly at the infamous Foxconn factories.

But it's easy to forget words written on a page. Seeing and hearing factory workers tell their stories hits home.

That's exactly what the documentary entitled Who Pays the Price? The Human Cost of Electronics does. It shows the sacrifices made by Chinese people. The most disturbing revelation is factory workers have to use chemicals that are poisoning them. And when they become ill they are discarded like a piece of packaging.

The main substance causing misery is Benzene. This is used to clean electronic components and displays. You know the world is a cruel place when in 2014 a chemical known to cause such devastating effects to human health is used.