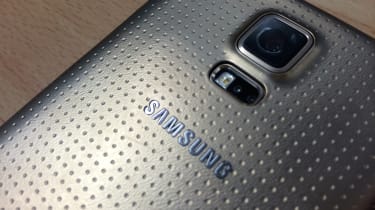 The head of Samsung's mobile design team Chang Dong-hoon has stepped down amid criticism of the latest Galaxy S5 smartphone.

Chang will continue to oversee design at Samsung and will be replaced by vice president, Lee Min Hyouk, who Reuters claims is known internally for his "Midas" touch.

Samsung declined to give an official reason for the the reshuffle, but reports indicate that it could be to do with the backlash surrounding Samsung's continued use of plastic with the S5.

"The realignment will enable Chang to focus more on his role as head of the Design Strategy Team, the company's corporate design centre which is responsible for long-term design strategy across all of Samsung's businesses, including Mobile Communications," Samsung said in a statement.

With all major smartphone makers - including Apple, HTC and Sony - opting to use metallic unibody designs, Samsung remains the only one to offer a removable plastic rear cover to easily replace components like the battery.

Samsung dominates the mobile market with 31 per cent market share thanks to its popular Galaxy range. However, the company has also become dependent on its mobile business, with the division accounting for 76 per cent of operating income.

Smartphone makers appear to have become victims of their own success due to the rapid innovation that has taken place over the last five years. It has become increasingly difficult to provide a 'wow' factor with everyone having a yearly launch cycle and Sony switching to a six-monthly one.

Samsung tried to generate buzz for the S5 by including a heartrate monitor and fingerprint sensor, but these features have been largely seen as gimmicks.