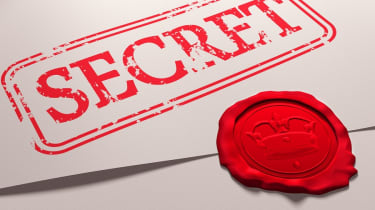 Cult sharing app Secret has arrived on Android after its debut on iOS with a heap of new features that are not offered on Apple's mobile platform.

Secret allows you to post messages to an online forum, completely anonymously. Anyone using the app can see your messages, but it does not reveal your identity.

Other users of the app can like, share and comment on your messages, making them become viral if it's something particularly shocking, controversial or funny, for example.

Your Friends community is set up when you sign up for the app, entering your email address and phone number, which then collates all your contacts and their friends using Secret into a list.

Alternatively, you can head to the Explore tab where you'll see posts from around the world.

It's thought many of the big tech news stories broke on the iOS version of Secret, including scoops like the end of the Nike Fuelband.

Secret arrived in the UK on iOS in April and just a month after, the developer decided to roll it out on Android too, with a range of new features including the ability to answer 'icebreakers', where users can share information about themselves, anonymously of course.

Co-founder Chrys Bader told the Guardian: "We wanted to show that Android can have new features first. And we wanted to reward them for waiting all this time."

"We were calling them icebreakers internally. One we had recently asked 'What's the last lie that you told?' We're trying to give people more stuff to share."

The aim of this is to get shy people to answer the icebreaker question and then share it to their network around the world.

Another new addition is allowing users to see simple information about their followers in their stream, plus exactly how many people you have in your Friends stream.