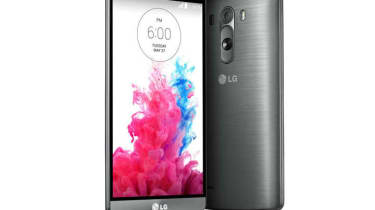 Opinion: The technology community was buzzing as LG unveiled its G3 Android smartphone to the world on Tuesday evening.

Dabbling in various markets from TVs through to fridges and even toothpaste, LG is looking to assert itself as a leader in the handheld space. At last count, the South Korean firm had a 4.4 per cent share of the worldwide smartphone market, placing it fourth, according to IDC.

In a world dominated by Samsung's Android handsets and Apple's iOS devices, the release of the G3 is unlikely to see it rocketing up this chart anytime soon.

Don't get me wrong, the G3 looks good and has solid specifications. It's powered by Qualcomm's latest 801 Snapdragon 2.5GHz quad-core processor and runs Android KitKat 4.4.2 with plenty of useful software features.

In a bid to differentiate itself from competitors, LG has focused on the screen, camera and battery technology. The highlight of the G3 is the 5.5in screen, which squeezes in over 3.6 million pixels for a resolution of 2560 x 1440 (538ppi). But despite the clarity, this is likely to be too big for many users, and it's questionable whether this many pixels are even needed for the human eye.

For those worried the QHD screen will chomp through the battery, LG is confident it has mitigated any problems. The firm claims that by using Graphite for the cathode instead of metal, the battery will be efficient enough to power through the day. It's also possible to replace the 3000mAh battery, which is a tick in the serviceability box.

Then there's the 13-megapixel rear camera with a sci-fi-like "laser focus" moniker. This uses a laser beam to measure the distance between the subject and the camera, which LG is claiming will bring an end to blurry shots.

But as competition in the smartphone market bubbles to volcanic proportions, big screens together with promises of long-lasting battery life and perfect pictures isn't anything new. It's all reminiscent of Samsung's fleet, particularly the Galaxy S5.

And here lies the problem for LG. Based on my impressions, the G3 does little to push the mobile market forward, unlike other manufacturers.

Apple debuted Touch ID with the iPhone 5s, the first and to-date best fingerprint scanner, which helps users reduce their reliance on short and easy to crack pin numbers. The S5 marked the introduction of a variety of features including a Download Booster, combining 4G and Wi-Fi signals for superfast downloads, the Ultra Battery Saving mode and an (albeit dodgy) fingerprint scanner, but one which is integrated with PayPal. It also has the best screen on any smartphone to-date.

Meanwhile, Sony has been flying under the radar and driving change in the mobile market. Written off as an also-ran after years of financial turmoil, the Japanese firm is resurrecting itself thanks to the uniqueness of the Xperia Z series of smartphones and tablets.

Sony was the first to push ruggedness as a core feature without compromising design quality. When you've got the market leader Samsung following suit by waterproofing its flagship Galaxy S5 handset, you know you're doing something right.

With the iPhone 6 and Xperia Z3 months away, the G3 is unlikely to be the standout performer of 2014.

And even without looking to the future, given the choice between LG's "fingerprint-proof" G3, Apple's "Touch ID" touting 5s or either one of Sony or Samsung's "water-proof" devices right now, which would pick?

If it wasn't any of the latter three, I'd be surprised.