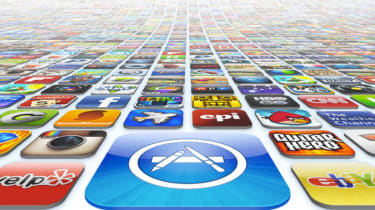 Every iOS update introduces a bevy of features and apps so, prior to the official WWDC announcement, we took a look at what was expected to be revealed during the opening keynote.

But did we get it right? Read on to take a look at our predictions and wish list of iOS 8 features.

iOS 7 ushered in a new era of design for Apple's flagship mobile operating system, which was long-overdue. Here, we run throw a raft of other features we'd like to see put in an appearance on iOS 8.

Apple is said to be focusing heavily on the health and fitness market with its next update. This will be done through the integrated Healthbook app. This is expect to allow users to comprehensively monitor their health by tracking everything from steps walked, to blood pressure, blood sugar, levels of hydration and quality of sleep.

However, as current iPhone models don't have sensors to monitor things such as heart rate or blood pressure, users will have to wait until hardware such as the iPhone 6 and long-rumoured iWatch are released. 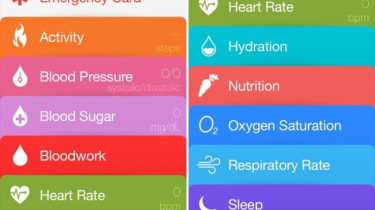 Problems with Apple Maps have been widely reported, and iOS 8 has an uphill battle if it is going to redeem the app's reputation. The updated Maps app is expected to feature improvements to location data accuracy as well as greater interactivity to reinforce its position as a credible challenger to Google Maps.

3. Preview and Text Edit for devices

Up to now, Apple's Preview and Text Edit desktop apps have been unavailable for use on the iPhone or iPad but iOS 8 looks set to bring them to mobile devices.

With Text Edit allowing users to view text files and Preview photos and PDF files, the next iOS update will hopefully solve the problem of being unable to use these apps across devices beyond OS X.

iPhone users' virtual assistant, Siri, is expected to be integrated with third-party apps to increase its usefulness.

Right now, Siri is predominantly used to answer voice queries and is only integrated with core iOS apps including email, calendar, contacts, notes, music, clocks and the web browser.

iOS users have been longing for devices to include a split-screen view option for a while, with Microsoft's Surface tablet already offering this capability. iOS 8 is expected to bring this

It'd be great to see this on the iPads as users will have the screen space to interact with multiple apps at once. Dragging files from one app to the other will be far more efficient that having to switch between apps. 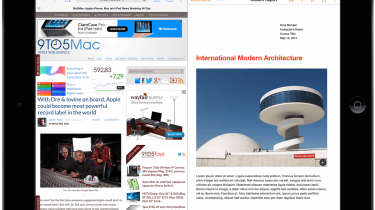 Apple introduced the fingerprint scanner on the iPhone 5s and it was one of the most talked about features. The scanner allows users to unlock their device as well as make purchases from the Apple App and iTunes stores.

With Samsung integrating its fingerprint scanner on the Galaxy S5 with PayPal, Cupertino is widely expected to increase the usefulness of its Touch ID sensor. Reports from the WSJ have suggested Apple wants to allow users to pay for physical goods, not just software purchases. This means that the firm could also be gearing up to include NFC connectivity in future mobile devices, something it has resisted so far.

What do IT Pro readers think?

We asked ourTwitter followers earlier today what features they'd like to see make an appearance in iOS 8. You see their responses below.

@ITPro a better keyboard!! or at least the option to use third party ones

This article was first pubilshed on 02/06/14 and has been updated multiple times (most recently on 20/08/14) to reflect new information that has become available since its original publication.