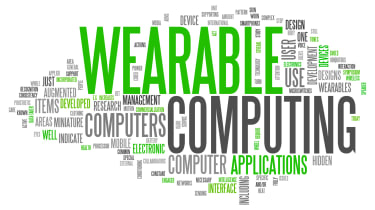 3D printing has come into its own with regard to advances in medical technology in recent years.

A field that started as a way of producing prototype models for industry and research has matured to the point where it is now being used in reconstructive surgery, particularly in the maxillofacial field, and has been used in cranial surgery to treat a previously incurable disease of the bone that causes progressive blindness and loss of motor control.

Inroads are also being made in the field of 3D tissue printing, which could one day replace skin grafting.

With regard to medical prostheses, as with wearable healthcare technology, they are not a new field. However, they have come a long way in the centuries since wooden legs and iron forearms were used, with made-to-measure replacement limbs being introduced in the 1980s and blades' such as those worn by paralympic athlete Oscar Pistorius allowing users to run as well as walk.

More recently, developments in bionics which blends prostheses and robotics have opened up new avenues for people who have lost limbs. It is also perhaps the area that could have one of the greatest impacts on industry.

Since the 1800s, authors from Edgar Allan Poe to C L Moore have dreamed of human beings outfitted with mechanical prostheses. These ideas have fed through into modern audiovisual media, such as the television series The Six Million Dollar Man, the film Robocop, and the Deus Ex computer game franchise.

But, as so often happens, reality is starting to catch up with fiction.

In January 1982, 18-year-old professional rock climber Hugh Herr was involved in an accident that left him and a companion stranded on Mount Washington in -29C temperatures. He suffered severe frostbite that cost him the lower portion of both legs and his climbing career.

However, the experience led him to eventually become the leader of the bionic age', according to Time magazine.

Shortly after having his lower legs amputated, Herr created new rock climbing legs for himself and has become a pioneer in the field, directing the Biomechatronics Group at MIT (Massachusetts Institute of Technology).

He now wears bionic legs that respond to the muscle twitches in the remaining part of his limbs in the same way as a natural lower leg would.

In a recent TED talk, Herr said: "Basic levels of physiological function should be a part of our basic human rights. Every person should have the right to live life without disability, if they so choose.

"We the people need not accept our limitations, but can transcend our disability through technological innovation."

Developments in this field offer immense possibilities for business. Firstly, as with 3D printing, there is the potential for people who have suffered disabling injuries or that have put them out of work to return to the workforce. This is of benefit both to the employee and also to the employer, who gets access to a greater pool of talent.

Secondly, developments in the field of robotic exoskeletons could benefit not just to patients who are paralysed from the waist down, whom this technology is enabling to walk, but also able bodied workers.

Products from the likes of Ekso Bionics enable users to lift heavy loads with ease, which could reduce the risk of workplace injury, and travel for greater distances.