Google brings Android OS to your car with Android Auto 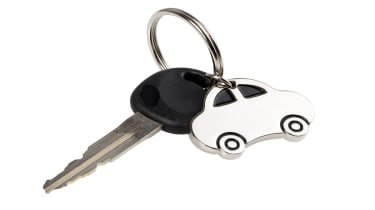 Google has launched Android Auto at Google I/O, bringing the Android platform into your car.

The system will be better optimised for voice controls and will be contextually aware - meaning all the actions you normally use your in-car system for will be improved.

Google said at the launch its priority for developing Android Auto was for safety, reeling off statistics about car accidents caused by phone distractions.

The system will offer quick access to the apps you're most likely to use in a car, such as Google Maps navigation, text messaging, and apps like Google Play Music via voice commands.

Partners such as Spotify, Pandora, MLB.TV, Stitcher, and Pocket Casts have already signed up to be integrated into the system and the Android Auto SDK will be launching soon for developers to create more apps.

This information will be beamed from your smartphone to the in-car screen and Google says if you have a powerful handset, it will work better, in a not-so-subtle call for its customers to upgrade devices.

Android Auto will also be fully-developed to work with in-car controls, including those situated on the steering wheel, such as volume, track skip, and even the ability to answer the phone if your car has an in-car Bluetooth system already installed.

The system forms part of Google's Open Automotive Alliance - a strategic partnership with some of the world's biggest car manufacturers and aims to make technology in the car safer, more seamless and more intuitive for everyone. Google said at the launch of the partnership, "We believe that a common platform will help drive innovation."

Android Auto will go head to head with Apple's CarPlay that allows iPhone users handsfree access to features such as messaging and navigation.

The new in-car system will play a big part in Google's next iteration of the Android platform- currently referred to as Google L, which is due to arrive in Autumn.