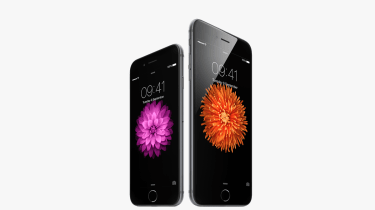 The iPhone 6 is expected to make its debut at a launch event tonight, 9 September, in Cupertino, along with the iWatch and - possibly - the iPad Air 2.

The firm is widely-tipped to be introducing two new iPhone models tonight, including a 4.7in and a 5.5in phablet.

At the time of writing, little is known about how this year's models will compare to the 2013 versions on the pricing front.

However, data from price comparison site CompareMyMobile suggests the release of the iPhone 6 will result in trade-in prices for the iPhone 5s falling by up to 52.

In terms of launch data hype, the firm's data also revealed a spike in iPhone trade-in rates in the two weeks leading up to the 9 September launch event.

For example, the company claims to have seen a 158.3 per cent uptick in trade-ins for the iPhone 5s 64GB model and a 146.17 per cent jump in people trading in the 32GB version.

Ahead of the official unveiling, a number of key specifications appear to have been leaked. Apple will no doubt have some surprises in store, but here's what we know about the iPhone 6 so far...

Code found in a test version of the new iPhone has sparked speculation that the phone's display will be sharper than older models. The code was discovered by developer James Thomson, according to The Independent, and indicates that the iPhone 6 will allow users to view much clearer images than before.

Apple may choose to switch up the naming system with the next-generation iPhone like it has done with the iPad range.

It wouldn't be a surprise if one of the devices was dubbed the 'iPhone Air' and the other was christened the 'new iPhone'.

The iPhone 6 will have the same 16:9 aspect ratio as the iPhone 5, iPhone 5s and iPhone 5c, it is claimed, but the screen will be taller and wider than these models. This will make it relatively simple for developers to take the increased screen size into account.

The 5.5in model, dubbed a "phablet", will put Apple in a position to battle Samsung's Galaxy range, which has previously been leading in the screen size category. 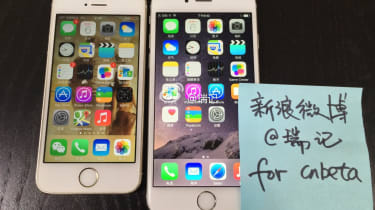 Fuelling rumours even further, a Weibo user has uploaded what appears to be a legitimate sneak peek at the new Apple handset, with photos and video of the device, reported by 9to5mac.

This is thought to be legitimate mainly because of the new Passbook icon on display, as well as evidence of iOS animations' trademark smoothness. 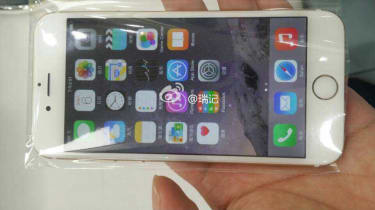 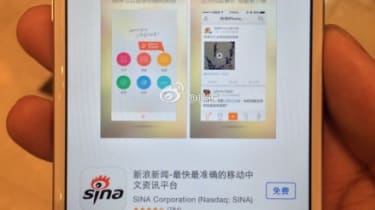 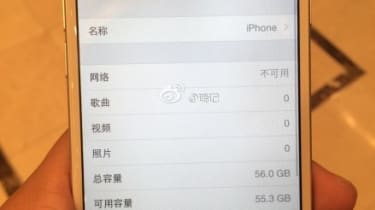 Apple has invested heavily in Liquidmetal and sapphire in order to improve both the appearance and the durability of the device. The firm has reportedly spent $20 million on getting exclusive rights to the materials and a further $578 million on mass production of the sapphire glass coating, according to Apple Insider.

Making the new iPhone 6 stronger is seemingly at the top of Apple's list of priorities, with potassium and sodium ion treatments on the phone's glass cover making it much more shock and damage-proof. Sapphire is the second hardest substance after diamond. A shock-absorber could also be a part of the inside tech.

Information regarding the 4.7in iPhone 6's hardware specs was leaked by Sonny Dickson (viaDaily Tech), indicating the handset will sport a 64-bit, dual-core Apple A8 processor, with 1GB of RAM. This is way behind most Android devices, which usually ship with between 2GB and 3GB of RAM.

Rumours of a 12-megapixel camera and 128GB of storage have previouslyemerged. We can also expect it to be available in a variety of colours.

With apps, Apple is keen to work on many of the features that threatened to derail their previous releases with improvements made to Apple Maps and new additions such as iWallet, a 3D camera and iWatch, an app to go with Apple's as-yet-unconfirmed foray into wearable health tech.

9to5mac also reports that the larger 5.5-inch iPhone 6 could display apps with dual-panes when in landscape mode in much the same way as the iPad. 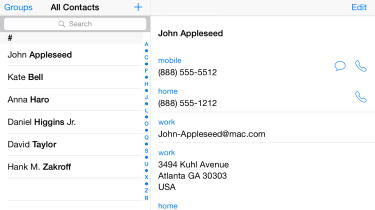 Given that iOS 8, the latest version of Apple's mobile operating system, was released on 17 September, iPhone users should be treated to a wealth of new features that complement the apps they already have on their devices.

Speculation around the possibility of the next iPhone introducing NFC functionality had been building in the run up to the launch, and it's now been confirmed that iPhone 6 users will be able to use their devices to pay for goods and services using a new service called Apple Pay.

This is being rolled out in the US first, and - although there's no definite go live date for the UK yet - it's widely tipped to make it's debut over here some time in 2015.

This article was originally published on the 02/06/14 and has been updated numerous times to reflect new information, most recently on 19/09/14.