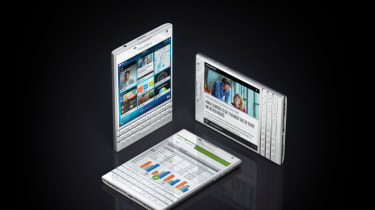 According to this article on Blackberry's Knowledge Base website, the service will end on 10 February, this Wednesday. As previously stated, Customers will be pointed to a similar service run by Zoom Communications.

The news comes after the firm axed 200 staff, including a third of its employees at its headquarters. Most notable of the layoffs is Gary Klassen, the developer behind BlackBerry Messenger. He had been with the company since 2000.

"As BlackBerry continues to execute its turnaround plan, we remain focused on driving efficiencies across our global workforce," the company said in a statement.

04/12/2015: Blackberryis to shut its BBM Meetings service, used on the Blackberry Passport and other devices in February next year, it announced in a blog post.

The service, billed as an alternative to Cisco's Webex, used the features on a Blackberry device to make setting up a conference call easier. The firm gave no reason as to why the service will shut. Customerswill be offered help to transition to another product offered by Zoom Communications. It has offered US customers a10 per cent discountoff of Zoom.

02/12/2015:Blackberry has unveiled a new ad campaign featuring Piers Morgan. In the ad, Morgan talks about the features he likes in the Passport.

05/08/15: Despite failing the capture the imaginations of smartphone users in recent years, including with the Leap, BlackBerry has announced a revamped Silver Edition of its Passport device.

As reported by CNet, the phone is slightly taller (131mm) and wider (30.5mm) than the original BlackBerry Passport, but other specifications have been kept largely the same.

In May, BlackBerry announced plans to cut jobs from its software, hardware and applications departments, after a fall in revenue and usage figures.

"We have made the decision to consolidate our device software, hardware and applications business, impacting a number of employees around the world," a statement from the company read.

Recently, devices such as the Passport, Classic and Leap have failed to catch on with users, and thus have not produced the profits needed by the company.

Despite hopes that the BlackBerry Leap would reinvigorate the company's flagging hardware sales, we doubt it will do much to boost the company's profile among the iPhone-loving startup demographic it's targeting.

However, the squat, unappealing design is a far cry from the sleek flagships it's competing with, and the performance largely failes to compete with even budget Android devices like the Moto G.

The once-mighty native apps like BlackBerry Hub are all present and correct, but they're frankly a bit redundant now; the App and Play stores are both awash with alternatives that do the job at least as well, if not better.

That said, for those familiar with the OS, or if you're especially security-conscious, the Blackberry Leap could prove to be a winner.

The BlackBerry Passport, however, was branded a success for the company by CEO John Chen, who said the device has sold much better than it expected. (Click here for our review of the device).

In an interview with Reuters, Chen said: "I'm happy in the receptivity of the design. I'm happy that this product is a successful product, but we did not make that many of them, so it is in limited supply almost everywhere."

Contemplating what the success of the smartphone could mean for the company long-term, he continued: "We will survive as a company and now I am rather confident.

The company has also revealed plans to launch a mobile diagnostic tool, developed in associated with NantHealth, for the handset in early 2015, which will allow doctors to access cancer patient data securely.

The tool is thought to be part of BlackBerry's renewed efforts to court enterprise customers back from rival handsets from Apple and Android, offering more mobile security software and developing more services aimed directly at business users.

The BlackBerry Passport is on general release in the UK. It's available to buy through the firm's website and directly from networks and suppliers (costing around 529 SIM-free).

The much-hyped device was unveiled at the Canadian phone maker's worldwide launch event in Toronto.

During the event, Chen described the device as "iconic", while the Passport's launch was repeatedly billed as marking the big "Canadian comeback" of BlackBerry.

"We're determined to win our home country back. This is one of our first moves to do that," he said.

Chensaid the device is "squarely aimed "at the 30 per cent of smartphone users who choose their devices based on the productivity benefits they have to offer.

Blackberry has confirmed that Passport and BlackBerry 10.3 users will have access to software offered by the Amazon App Store, to broaden the range of services at their fingertips.

The company claims this means users should have access to "hundreds of thousands" of additional apps, including consumer offerings such as Minecraft, Pinterest and Cut The Rope 2.

Meanwhile, they'll also be given the chance to download one free, paid-for app from the Amazon App Store every day for free.

This will be in addition to those offered through the BlackBerry World app store.