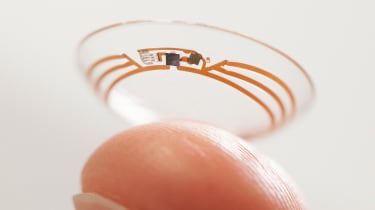 Buried in Google's Alphabet announcment was a reminder that the company's life sciences division is still working on its disposable glucose-monitoring wearables, now partnered with DexCom.

Kevin Sayer, president and chief executive officer of DexCom, said: "This partnership has the potential to change the face of diabetes technology forever. Working together, we believe we can introduce products that will move us beyond our core Type 1 business to become the standard of care for all people living with diabetes.

The wearables will be disposable, cheap and bandaged-sized, feeding actionable, real-time data back to the cloud.

"We're committed to developing new technologies that will help move health care from reactive to proactive," said Andrew Conrad, head of the life sciences team at Google. "This collaboration is another step towards expanding monitoring options and making it easier for people with diabetes to proactively manage their health."

Last year, it was reported that smart contact lenses for diabetes sufferers and glasses wearers were being developed by Google and Swiss medical firm Novartis.

The smart lenses, first revealed in January 2014, use sensors that measure glucose levels present in tears, then transmit this data back to the wearer's smartphone.

This would potentially mean diabetics could manage their health via the lenses, rather than through regular blood tests.

Earlier, project co-founders Brian Otis and Babak Parviz wrote on the Google blog: "We're also investigating the potential for this to serve as an early warning for the wearer, so we're exploring integrating tiny LED lights that could light up to indicate that glucose levels have crossed above or below certain thresholds."

The lenses sync with a smartphone app that then informs them and their doctor of their glucose levels, alerting them to danger sooner than a blood test could.

Novartis has agreed to license and commercialise Google's smart lenses, paving the way for them to go on general release in the future.

As well as helping diabetes sufferers, Novartis has unveiled hopes to develop lenses for those with impaired vision, with smart lenses developed to "restore the eye's natural autofocus on near objects."

This could result in permanent, "intraocular lenses," that restore vision for people such as the elderly, while also providing an alternative to ordinary disposable contact lenses.

The contact lenses were an invention from Google X, the company's research and development lab, following the much-discussed Google Glass and self-driving cars.

Sergey Brin, co-founder of Google, said: "Our dream is to use the latest technology in the miniaturisation of electronics to help improve the quality of life for millions of people. We are very excited to work with Novartis to make this dream come true."