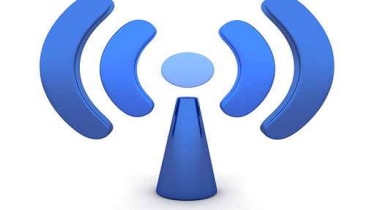 NXP plans to bring peer-to-peer Wi-Fi IEEE 802.11p connectivity to market in 2016, with the aim of increasing in-car driver aids and allowing them to communicate with their environment.

Lars Reger, VP of the business automotive unit at NXP, told IT Pro the Wi-Fi derivative will enhance car-to-car and car-to-infrastructure communication because of its increased range and ability to work without the need to be in the line of sight.

In the next 10 years, I promise you will see fully automated driving in restricted areas.

"IEEE 802.11p is a derivative of a Wi-Fi standard. It's a peer-to-peer connection that has a range of over 1 mile, can read hundreds of messages per second and can digitally and securely sign information sent from your car," he said.

"Equipping public transport, cars and traffic lights with 802.11p will allow them to communicate and keep traffic flowing without the need to build infrastructure like dedicated bus lanes."

The firm is trialling the system with Siemens and Philips in Germany and the US. NXP has secured a design win with a major car manufacturer, although Reger was unable to reveal the name for confidentiality reasons.

However, he did say NXP was also in talks with two more manufacturers, suggesting the Wi-Fi derivative could be adopted across the industry.

The connected car market is seen as a lucrative business for prominent chipmakers. Although, Intel has only just started to ramp up its efforts and Nvidia is primarily focused on powering in-car entertainment.

NXP has a solid footing in the automotive communications market as its chips are found in 60 per cent of car keys, 40 per cent of interfaces, and a third of ABS sensors. The firm is also the number one provider of chips for in-car radios.

NXP's ultimate aim is to power driverless cars, which Reger claims are closer than people think.

"With features like adaptive cruise control, most of the time I'm driving with feet off the pedals," he continued.

"In the next 10 years, I promise you will see fully automated driving in restricted areas. By restricted areas I mean motorways  because traffic patterns are pretty simple. There are no kids with balls, no pedestrians, no cyclists and it's one direction."

Hamburg and Singapore harbours already use automous driving to transport cargo because they are restricted areas and there are clear driving patterns, he added.