iOS 8 beta 4 has arrived for developers, bringing with it a brand new tips app to help them get the most out of the new mobile OS 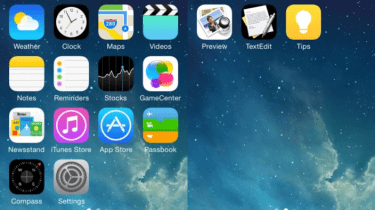 A new iOS 8 beta 4 has become available to developers, offering a more stable user experience, some updated features and a new tips app to help testers get more out of the operating system.

The app includes six initial tips, with the promise of more arriving every week.

The app is intended for new users who may be unaware of certain iOS 8 features. It is a built-in app and will presumably be kept around for the final release.

The tips currently include Quickly Respond to Notifications,' Notify When There is a Reply,' Hey, Siri,' Send a Spoken Message,' Quickly Manage Your Email' and Be in the Shot.'

iOS 8 beta 4 arrived on 21 July, with many improvements and new additions to previous versions of the OS included.

In addition to the tips app, the control centre has also had a makeover.

iOS 8, announced at Apple's annual Worldwide Developer Conference in June, is expected to be released to the public in the autumn, with several beta versions having been rolled out to developers in the meantime.

Though intended for use by test audiences before the official release, anyone can try the beta for a small fee.