The iPhone 6 could bring Visa mobile payments to Apple users 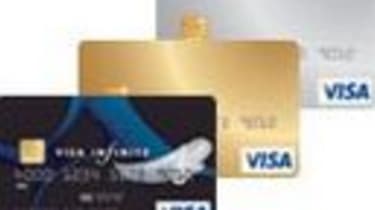 Apple and Visa could be joining together to offer mobile payments to iPhone 6 users, Pacific Crest Securities reported in a research note.

The move would put the resulting service in direct competition with eBay's PayPal. Visa recently launched Visa Checkout' to be used by customers online and via an app on mobile devices, as well as investing in startup LoopPay, another mobile payments service.

Predicting an imminent announcement of Apple and Visa's partnership, Pac Crest analyst Josh Beck said: "We expect the iPhone 6 to be launched with near-field communications (NFC) and secure element technologies, which would provide Apple with a broad technology portfolio to disrupt mobile payments.

"After analysing the payments, handset, enabling technology and internet landscape, we think a partnership between Apple and Visa would make strategic sense and believe an announcement could happen as early as this fall," he continued.

The joining together of Apple and Visa was previously predicted earlier in the year, would seem them entering a market that includes potential players like Amazon.com, Wal-Mart's MCX and AT&T, Verizon Communications and T-Mobile US's Isis.

"For eBay, we see risk of increasing competition in e-commerce payments and think if Apple launches a mobile payment solution, it could hurt investor sentiment."

EE recently confirmed that commuters in London will now be able to use their smartphones to pay for buses via its contactless mobile payments system. Users will need to be signed up to EE's mobile network and own a Cash on Tap enabled smartphone.

The service will be rolled out to the London tube network, DLR and Overground train network from 16 September.

Contactless payment is quickly gaining popularity, with consumers using contactless card payments in 19.7 million transactions around the UK in May 2014, according to research from Visa Europe. It also revealed an 18 per cent rise in the number of people using their cards for contactless payments between April and May.