iOS 8 beta 6 given to carrier partners for testing

After a sixth beta for iOS 8 did not appear with the latest OS X Yosemite beta, we learn that it is being tested by carrier partners 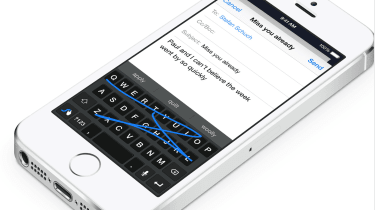 Apple is close to releasing a golden master version of iOS 8, it has been reported, which is likely the reason for the sixth beta version's no-show alongside the OS X Yosemite beta 6 release earlier this week.

This GM build will be considered for public release, and AppleInsider is reporting that the sixth beta for iOS 8 was close enough to this to be sent to carrier partners for testing. It must be accepted 5 September, ahead of Apple's event on 9 September.

The beta, however, has reportedly already been rejected by the carrier partners after discovering an issue with the YouTube app and Safari browser. It does, however, fix other problems previously found, such as issues with Maps and the operating system's new Continuity functions.

It is widely thought that this event will see the announcement of this iOS 8 golden master and the iPhone 6, which will go on sale on 19 September. Apple has previously made its next mobile operating system available to users two days before the new iPhone.